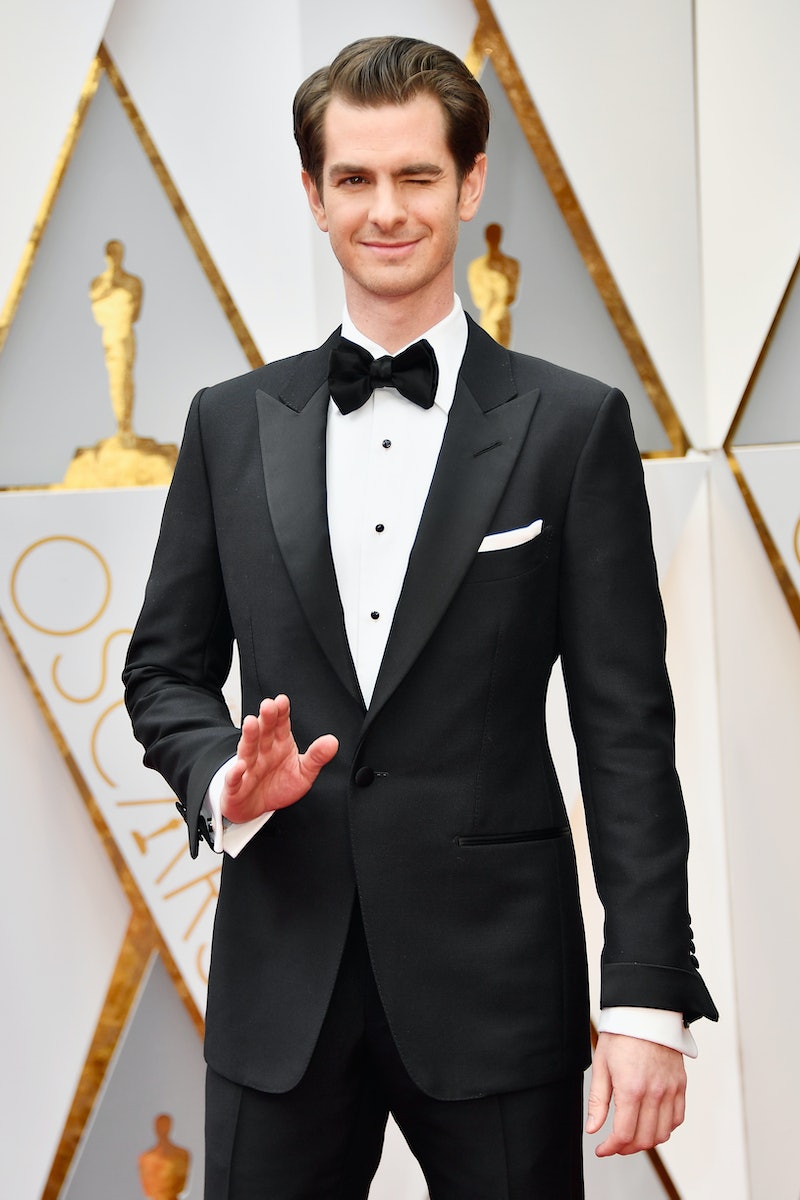 The Academy Awards are a great place to learn all kinds of new things, including that your favorite actor has an accent. Thanks to the awards show and red carpet interviews, some people just found out Andrew Garfield is British at the 2017 Oscars. Yes, it's as strange and mind-boggling as it sounds.

Maybe it's because he sometimes plays an American or adapts another accent for a role, but Garfield is indeed British and always has been. I understand that sometimes when you're used to hearing an actor speak a certain way and with a specific voice, you have no idea that they are actually from another country. However, how can you not know the Oscar-nominated actor grew up in United Kingdom? He is a pretty famous actor, and not just because he formerly dated Emma Stone for four years.

From Hacksaw Ridge to The Social Network to The Amazing Spider-Man, Garfield is known for starring in some huge movies. Clearly, that doesn't matter, because there are quite a few people on Twitter now expressing shock over the fact that he is British. You know who one of them is? Spencer Pratt from The Hills. Yeah, even Pratt had no clue.

With that, here are a slew of tweets showing just how amazed people are by Garfield's British accent.

A Weird Thing To Hear

His Accent Is Forgetful

It Happens All The Time

There you have it. Now, let's all try to remember next time Garfield gives an interview that he is absolutely British.