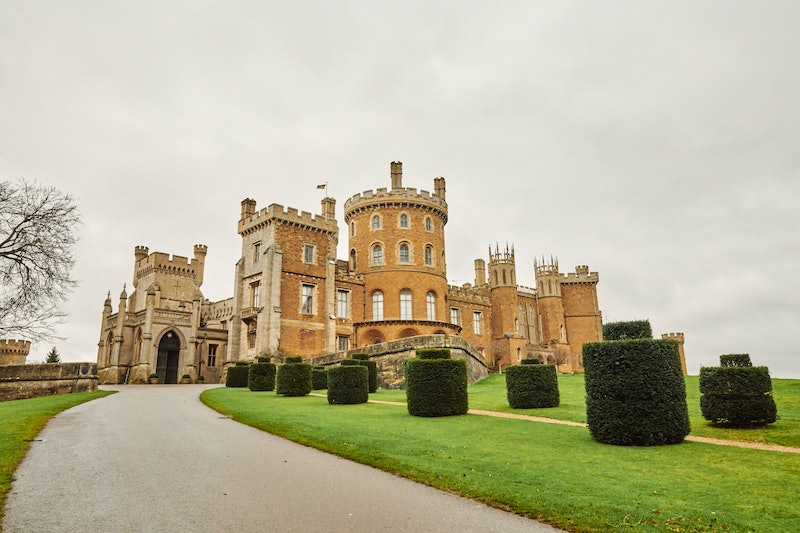 Calling all Princess Switch diehards and Princess Diaries stans, I have the royal news you seek. As of Monday, December 17, in the 2019th year of our Lord and savior Meghan Markle, you can Airbnb a room in a literal castle. This is only the moment you’ve been preparing for since Julie Andrews taught Anne Hathaway how to wave.

Starting Friday, December 20, you’ll be able to book The King’s Suite at Belvoir Castle in Leicestershire. It is, as its name suggests, a suite built for literal royalty at a literal castle. Even if you’ve never seen Belvoir Castle in person, chances are good you’ve seen it on screen. The castle has been a filming location for movies like The Da Vinci Code and Young Queen Victoria, which starred Emily Blunt, as well as the award-winning Netflix series The Crown. I would book an Airbnb on square-foot of grass just so my feet could stand where Emily Blunt’s feet stood.

If you book the King’s Suite, you will be considered guests of the Duchess of Rutland and her family and be treated as such. In addition to spending a night in the opulently decorated three-room suite—which has 1 bedroom, and 1.5 baths — you’ll have an afternoon of royal activity in which you are invited to attend. There’s afternoon tea on the castle grounds, a tradition said to have originated in the 1840s. There’s a “lavish dinner” you’ll enjoy in the State Dining Room. (If the menu is even a fraction as “lavish” as the food served at Prince Harry and Meghan Markle’s wedding, you’re in for a treat.) Finally, you can take part in a drinks reception in The Library of Belvoir Castle, a room featured on The Crown.

Because I know you were waiting for it, here’s the catch: there are only three open spots available. The King’s Suite Airbnb is open for a one-night stay on either December 31, 2019, January 11, 2020, or January 25, 2020. That’s all. My apologies if you were already planning to tell people you’re summering in a castle. The cost of a night’s stay in the King’s Suite isn’t quite as exorbitant as you might expect. Two guests can spend December 31, January 11, or January 25 in the castle for £300 per night ($334 US).

The Duchess of Rutland, who posts cute dogs and fit pics on Instagram (Royalty: they’re just like us!), said in a statement: “The King’s Suite is a truly unique space with a fascinating history, so I am very excited to share it with guests for the first time on Airbnb. One couple in particular over New Year’s Eve, will get to ring in the new decade in truly unforgettable style. Whether you’re drawn to the incredible Regency architecture, want to experience the lavish royal lifestyle or simply follow in the footsteps of your favourite stars, a stay at Belvoir is sure to provide a memorable experience”. The Duchess of Rutland basically OK-ed you recreating a scene from The Crown in her castle. Use this responsibility wisely.

As specified by Airbnb, this is a regular listing, not a contest. Availability will be limited to the three dates stated above. In other words, it’s first come, first served. If you want to live out your monarchy fanfic in a real castle, you’ll need to act quickly. Additionally, all the proceeds from the three stays at Belvoir Castle will be donated to Rainbows Hospice for Children and Young People, a charity that provides care and support for life-limited children and their families.

Head to airbnb.com/belvoircastle Friday, December 20 to snag a spot.