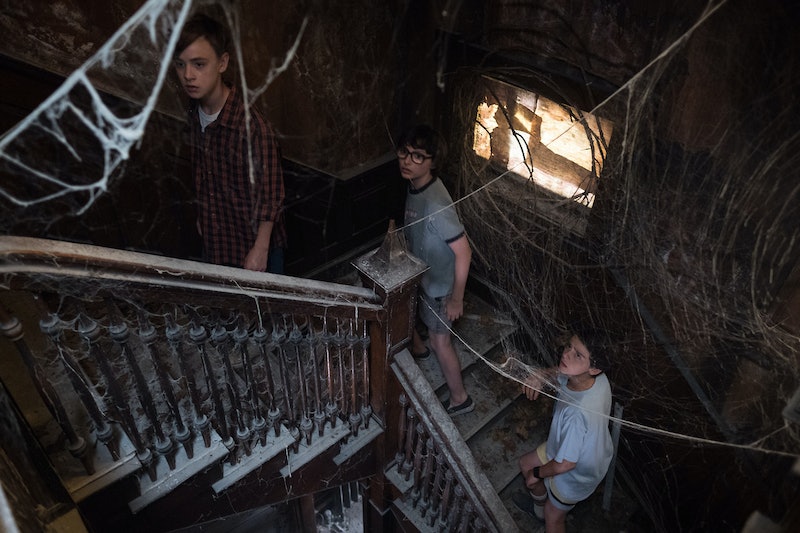 It is one of the most anticipated movies of the year, and it's not hard to see why. The film is a new adaptation of the classic 1986 horror novel by Stephen King, which is often cited as being among the author's best works, and it's the first feature film version of the story following the 1990 TV miniseries. So since the film is based on a novel, it could be important to read the It book before seeing the movie.

But really, it's up to you whether you want to read the book before seeing the movie or not. The film is meant to be an adaptation of the novel, not a continuation of it, so you certainly don't have to read the book first in order to see It. In fact, if you do read the book first, you may even end up a bit confused since the movie doesn't follow the original work to the letter. For instance, the timeline has been shifted some 30 years. While the novel follows the Loser's Club as children in the 1950s and then catches up with them as adults in the 1980s, the book features the characters as children in the 1980s — and doesn't feature them as adults at all, meaning some plot points will have to be changed in the on-screen version.

The plan is for the book to be split up into two films, with the first featuring the Loser's Club as kids in the '80s, and the sequel largely taking place in the present day with the same characters all grown up. Producer Seth Grahame-Smith told the Associated Press that the reason for doing this is that moviegoers of today are more nostalgic for the '80s than they are for the '50s. "They remember growing up and being teenagers in the 1980s, so it just made sense to push it forward," he said. "So that ultimately when we do hopefully get to tell the second part of the story, it’ll be present day."

If you do read the book first, then you'll have a better idea of the basic structure of the plot, which is expected follow largely the same course — even with the aforementioned changes. But since this is a horror movie, you're probably better off having not read the novel prior to seeing the film. The scares will be more surprising if you have no idea what's coming, which makes them more frightening.

You definitely don't have to read It the novel before seeing the movie, and you probably shouldn't if you're looking for maximum levels of terror while developing a newfound fear of clowns.

More like this
Your Guide To Watching 'Everything Everywhere All At Once' In The UK
By El Hunt and Sophie McEvoy
North West Will Make Her Acting Debut Alongside Mom Kim Kardashian
By Radhika Menon
Alicia Silverstone Revives Her 'Clueless' Character In This Super Bowl Commercial
By Jake Viswanath
Vanessa Hudgens Is Reportedly Engaged To Cole Tucker
By Jake Viswanath
Get Even More From Bustle — Sign Up For The Newsletter
From hair trends to relationship advice, our daily newsletter has everything you need to sound like a person who’s on TikTok, even if you aren’t.