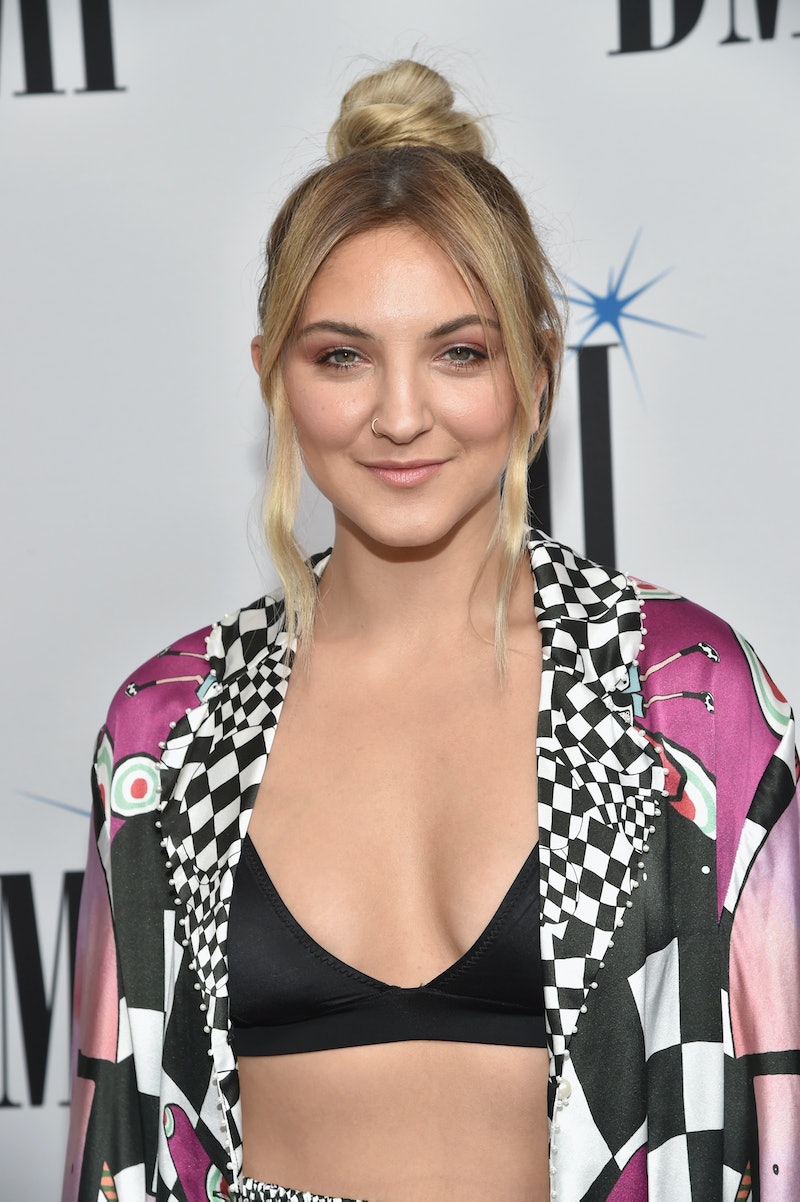 If you don't immediately recognize 2017 MTV VMAs Best New Artist nominee Julia Michaels, you should probably think a little harder. Although the mention of her name may not immediately ring a bell, it's almost a guarantee that you know Julia Michaels' songs, even if you don't know a ton about the VMA nominee herself. She's practically the unsung hero of pop music.

It's safe to say that Michaels, who released her first single "Issues" in January, is quite possibly responsible for many songs you currently hear on the radio from your musical favorites like Justin Bieber, Selena Gomez, Fifth Harmony, and Demi Lovato. In her first three years as a songwriter, Michaels wrote or co-wrote 15 hits that have charted on the Billboard Hot 100, nine of which reached the top 40, according to Billboard. Some of her greatest accomplishments as a writer include Bieber's "Sorry," Gomez's "Good For You," and Nick Jonas & Tove Lo's "Close." Additionally, Michaels also penned "Used to Love You” by Gwen Stefani and "Fire Starter" by Demi Lovato, which practically makes her a MVP in the songwriting game.

With so many notable hits under her belt, Michaels has all but cemented herself as one of the most sought-after songwriters for current pop music. So if you didn't know her name before, now would definitely be a good time to learn.

As the VMAs loom near, buzz about Michaels' nomination has begun to thrust her name into the forefront of the media. Her debut single "Issues," which was certified platinum in just under three months of its release according to ABC, has proven that Michaels' has the overwhelming capability to become a pop sensation in her own right. Vying for the title of 2017's Best New Artist along with the likes of breakout stars Young M.A, Kodak Black, Noah Cyrus, SZA, and Khalid, Michaels' stands to be a strong competitor in the category.

At only 23 years old, Michaels has quite a remarkable run in the music game, penning her first mainstream song in 2013. If she continues to excel at this rate, she will very soon find herself competing against the very artists she's been writing for over the years.