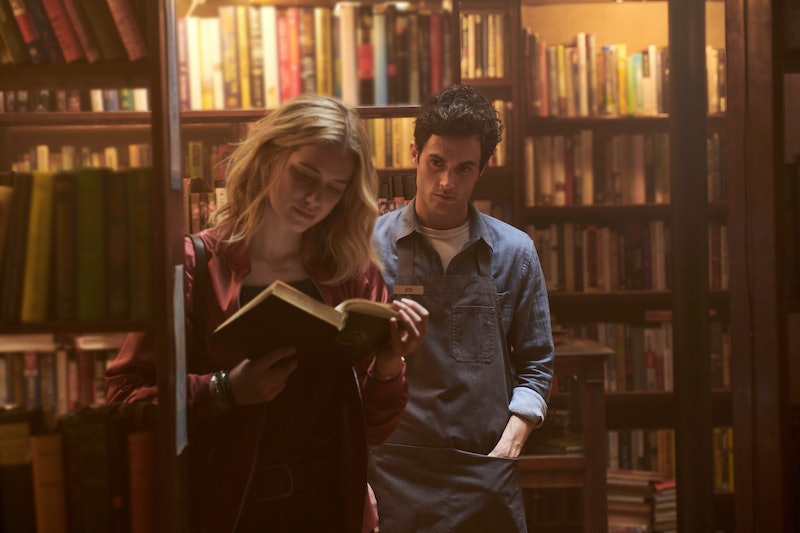 Get ready for the most epic crossover you never knew you needed. Lifetime's thriller series, You, has seen a massive increase in popularity ever since the series moved Netflix, and now fans are eager to know as much as possible about the show's second season. Thankfully, the streaming service seems more than happy to oblige. Netflix just announced that a Haunting of Hill House star is joining the You Season 2 cast as the female lead. Because there's really nothing more terrifyingly wonderful when two of your favorite horror shows combine.

Breakout star Victoria Pedretti, best known for playing the youngest Crain sibling Nell in The Haunting of Hill House, will be the prime focus of Joe Goldberg's latest obsession in Season 2, as reported by TVLine. According to the details provided by Netflix's official Twitter account, the name of Pedretti's character is Love Quinn, an aspiring chef who doesn't care about social media. She's also tending to a deep grief — so when she meets Joe she senses a shared knowledge of profound loss. Of course, she doesn't know that Joe's loss — spoiler alert for You Season 1 — was by his own hand, having killed his former love interest, Beck, in the Season 1 finale. Hopefully Love Quinn won't end up sharing the same fate.

YOU showrunner Sera Gamble recently spoke with Entertainment Weekly about Pedretti's addition to the team and it seems everyone could not be more excited about the actor's involvement. “It is very f*cking cool that Victoria is playing this role,” Gamble told the outlet. “I binged Hill House, and she was incredible. And then a couple of days later, [You executive producer] Greg [Berlanti] sent an email asking, ‘Have you seen Hill House? Have you seen Victoria Pedretti, wouldn’t she make a perfect Love?’ Leave it to Greg to put that together.”

As for what Love's personality will be like, don't expect her to be a carbon copy of Beck by any means. “Like her name, she’s very warm and there is a carefree aspect to her spirit that really comes from the fact that she has constructed a life for herself that’s about being in the moment and doing what she loves every day," Gamble explained during the same EW interview, adding:

"In that way, she’s very very different than the woman that you got to know in season one, Beck, who was ambitious and driven as a writer and also as a young person in a social circle that had a certain kind of status. Beck had been quite aware of her social media presence, and Love is extremely disinterested in all of that.”

Those who have read the second book in Caroline Kepnes’ You series, Hidden Bodies, know what a big role Love plays throughout Joe's continued reign of terror after he moves across the country to sunny Los Angeles. Readers also are well aware that the second installment will in no way be a repeat of the first.

“Season 1 was a particular kind of story that we could tell about the relationship between Joe and Beck and the moment that we did what we did in the finale, that’s not repeatable,” Gamble told EW. “I will say that Love is a person he could only have met after what happened between him and Beck. And by the way, Joe is not out there looking for love. He’s truly heartbroken by what has happened, and so what Love offers is a different kind of friendship and a different kind of relationship.”

At this time, You Season 2 has yet to be given an official premiere date, but in light of this latest casting news, it's safe to say that they day really can't come soon enough.