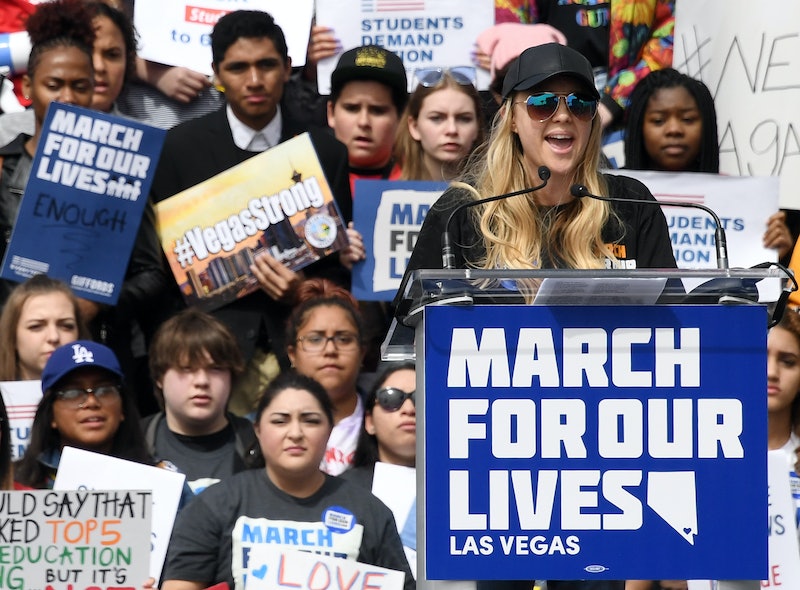 A political science professor from the University of Florida has written a report that shows that the mail-in ballots of some young Parkland residents, including first-time voters who survived last year's school shooting, weren't counted — at a rate far higher than the state average. Some 15 percent of Parkland youth's ballots were not counted, The Washington Post reported based on UF political science chair Daniel Smith's report.

Smith looked at ballots submitted by Parkland residents between the ages of 18 and 21 using the public voter file that tracks all registered voters in the state and whether or not they voted. That's where he found that such a large number weren't counted. Some arrived after the required date. Others though were rejected for not being signed, having a mismatched signature, being signed by someone else, or the ballot was returned to the election office "undeliverable" by the post office.

He found 15 percent of all mail-in ballots cast for Parkland youth weren't counted. That's far more than the state average of 5.4 percent of 18- to 21-year-olds who saw their ballots rejected or not counted in the 2018 midterms, The Washington Post reported. And for voters of all ages in Florida, the number goes down to just 1.2 percent.

A spokesperson for the Broward County Supervisor of Elections told Bustle that most ballots that aren't counted arrive after Election Day (they must arrive by 7 p.m. on the day under Florida law) or don't have any signature at all. He also pointed out that the ballot of one of the young people featured the story was not received until Nov. 14; Election Day was Nov. 6 in 2018.

Speaking with The Washington Post, Smith compared voting with using a broken ATM. "If you are voting in Florida, and you are young in Florida, you have a good chance of your ballot not being accepted," Smith told The Post. "Imagine going to the ATM, and every 10 times you go, instead of spitting out your money, they take it or they lose it."

Lauren Hoggs, a student at Marjory Stoneman Douglas High School and a March for Our Lives activist, tweeted in response, "SO YOU’RE TELLING ME THAT I DID VOTER REG IN THE GROSS HUMIDITY ALL SUMMER TO DEAL WITH THIS BS."

The discrepancy specifically with the ballots of Parkland youth is significant. But this is generally not a new problem. Youth and minority mail-in ballots have gone uncounted at higher rates in Florida than the general population in prior elections too, the ACLU found in a report released last September, which was also prepared by Smith.

"We found that younger and racial and ethnic minority voters casting VBM ballots were at least twice as likely as older and white voters to have their VBM ballot rejected," Smith said in a press release shared by the ACLU at the time.

Some of the youth who were affected blame voting officials for the problem and say they did their best to try and vote. Luciany Capra told The Washington Post about her attempts to have her vote count, which ultimately didn't work. After many delays receiving her ballot, the signature was rejected.

"I submitted the request for it to be counted and signed a whole bunch of papers, and then I never heard back from anyone," Capra told the paper. "If there was any mistake, it was a mistake on their end."

The March for Our Lives and following actions to register youth voters and drive turnout was credited for changing the electorate in November. But it seems some — including those who started the movement — still face structural hurdles in voting.

Update: This story was updated with comment from a spokesperson for the Broward County Supervisor of Elections.