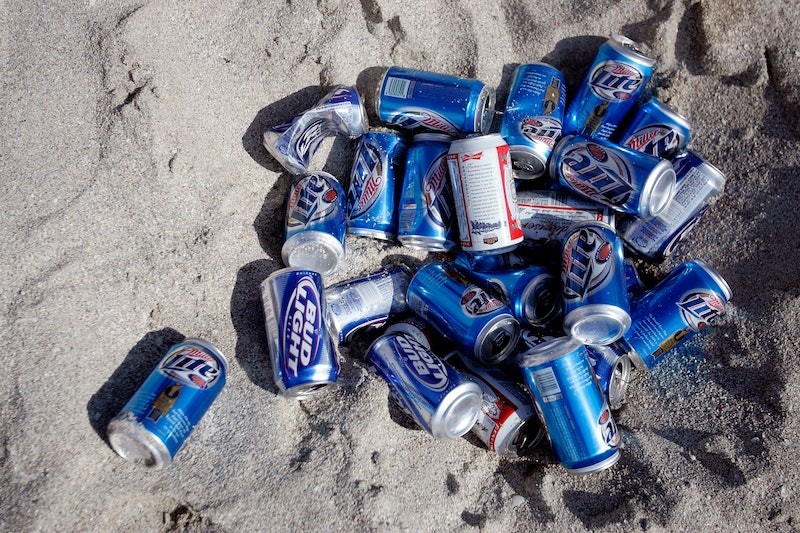 If you're a fan of canned beverages of any stripe — alcoholic or not — you could be in for a surprise at the checkout stand, courtesy of President Donald Trump. At least, that's what an executive with MillerCoors suggested this week in a foreboding comment about the state of American drink prices: If Trump taxes foreign aluminum import, beer prices could increase along with it.

As detailed by Bloomberg Markets, MillerCoors senior commodity risk manager Tim Weiner was speaking at a Chicago conference when he alluded to the impact of possible increased taxes on imported metal, specifically the aluminum used for beer and soft drink cans.

If there are duties on aluminum coming to this country, it will obviously get passed on to us and the customer. Our prices will go up.

Given his past rhetoric on imports and trade policy, that's not a far-fetched possibility. Back in April, Trump issued a directive to fast-track a probe of U.S. imports of foreign-made steel, raising suspicions that the administration might eventually start applying increased tariffs on imported metal. While the price increase might not necessarily be noticeable or severe, beer companies would surely start charging that extra cost to the consumers rather than eating it themselves.

The ostensible justification for increasing taxes on foreign metals, aluminum included, would be to keep U.S. jobs in those industries from departing in favor of cheaper foreign labor. Trump has long advocated for these sorts of punitive taxes on foreign goods, despite concerns that doing so could induce a trade war and increase prices on American consumers.

According to TIME, there are more than 5,000 brewers throughout the United States who would be impacted by such a move, although obviously the exact extent — or whether this will even happen soon — is not yet clear.

It's not just beer, either. The aluminum dependence of so many of America's beer producers is fundamentally no different from the makers of other popular canned soft drinks. So whether you're nursing a Coors Light or sipping La Croix right now, what Trump decides to do could impact your beverage of choice. Back in January, Trump proposed a 20 percent import tax on goods from Mexico that would've similarly seen Mexican beers spike in price. That idea was as floated a way to force Mexico to fund a border wall, however, and so far, it has not been followed up on.