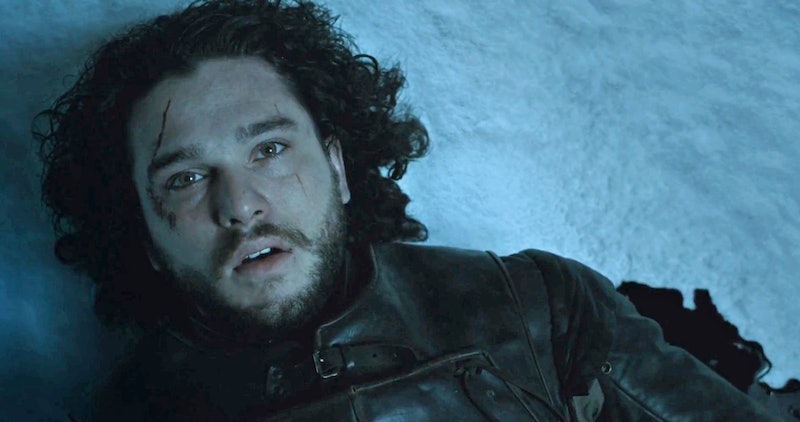 Here’s some ooky-spooky science just in time for Halloween: Some studies suggest that our minds still work after we die. Meaning, when we die... we know that we’re dead. Scientifically speaking, this research, which was first published in 2014, says our consciousness may still function for a period of time after our physical body is declared dead. So, in theory, a person could literally hear themselves be pronounced dead by a doctor. (If you need to lie down for a minute, it’s cool.)

This study, which is the largest of its kind ever conducted, was done by a team of researchers lead by Dr. Sam Parnia, the director of critical care and resuscitation research at NYU Langone School of Medicine in New York City. Parnia and his team specifically studied people who had suffered cardiac arrest, technically been declared dead, and then later revived. As if dying and being brought back to life weren’t crazy enough in itself, what happened when the study participants were “dead” will shake you to the core.

A significant number of participants in the study report being aware of their surroundings during the period in which they were pronounced dead. Though most were unable to recall specific memories, 39 percent of the study’s participants could describe “a perception of awareness.” A small percent say they were also able to hear full conversations, even see things happening around them. Lest you think these accounts a hoax, medical professionals and staff who were present at the patient’s time of death were also able to verify these stories. (IT’S FINE. I’M FINE.)

As Parnia tells the Independent, death is scientifically defined by the heart no longer beating and blood flow being cut off from the brain. “Technically, that's how you get the time of death — it's all based on the moment when the heart stops,” Parnia states. “Once that happens, blood no longer circulates to the brain, which means brain function halts almost instantaneously.” Additionally, “you lose all your brain stem reflexes — your gag reflex, your pupil reflex, all that is gone,” the doctor adds. As this research suggests, there may, however, be additional brain energy that happens immediately post-mortem.

Results from Dr. Parnia’s study align with other research, which suggests we may experience limited brain function right after we die. A 2013 study from University of Michigan examined brain signals of rats that were anesthetized and experienced a heart attack. Researchers of that study observed brain activity suggesting a “hyper-alerted state” shortly after the rats were pronounced dead.

“This is a very neat demonstration of an idea that's been around for a long time: that under certain unfamiliar and confusing circumstances — like near-death — the brain becomes overstimulated and hyperexcited,” Jason Braithwaite, professor at the University of Birmingham, told BBC in regards to the rat research. “Like ‘fire raging through the brain’, activity can surge through brain areas involved in conscious experience, furnishing all resultant perceptions with realer-than-real feelings and emotions.”

Perhaps you’re wondering why scientists would want to study the experience of death at all, why scientists can’t just let you live, die, and rest in peace. As Parnia puts it:

In the same way that a group of researchers might be studying the qualitative nature of the human experience of "love," for instance, we're trying to understand the exact features that people experience when they go through death, because we understand that this is going to reflect the universal experience we're all going to have when we die.

The internet is not lacking in near-death stories. Barbara Bartolome spoke to U.S. News about the time she died 30 years ago, when she went into cardiac arrest and was then revived. Bartolome describes an out-of-body experience during the time she was pronounced dead. “If I'm up here and my body's down there and he's calling code blue, I think I might've just died,” she remembers thinking.

While it’s hard to say for sure what happens when we die (on account of... none of us living have fully died yet), research like Dr. Parnia’s suggests there may be a teensy bit of life after death.