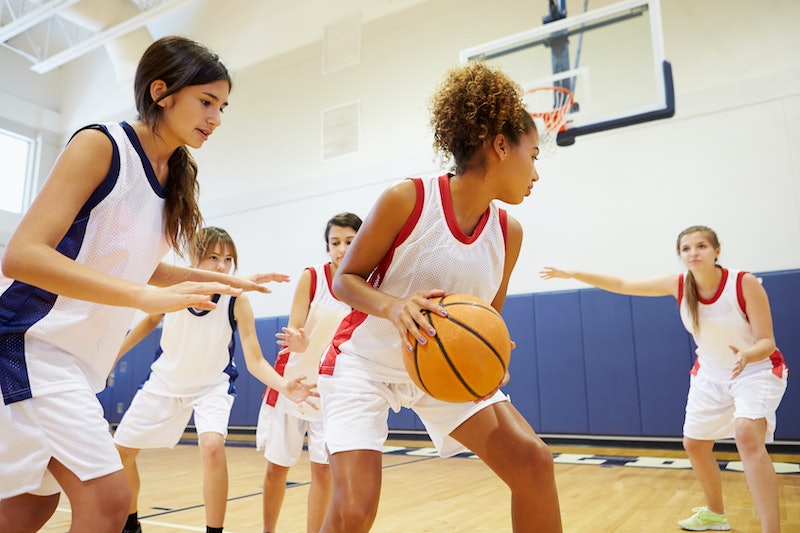 Middle school gym class just may be the singularly most divisive human experience out there — you were either a star athlete, or you went to bed with nightmares about a particularly gruesome game of dodgeball. For an uncoordinated giraffe of a teen such as myself, those dreaded 90 minutes represented my deepest fears: getting hit in the face with a basketball (or volleyball, or tennis ball), and being chosen last for a team during group sports. My idea of exercise as a kid was running to the nearest grocery store to pick up a pint of ice cream, and, quite frankly, not much has changed. A new study suggests that these experiences may be interconnected. How we felt about our childhood gym classes may influence our relationship with physical activity, or lack thereof, today.

Along with being important for physical health, exercise is great for mental and cognitive health, helping with mood, reducing stress and anxiety, and boosting memory. According to the U.S. Department of Health and Human Services, less than five percent of American adults get their daily recommended dose of 30 minutes of physical activity, and only one in three Americans get the recommended weekly amount of exercise.

During the transition from childhood to adolescence, one 2008 study found that the amount of people who meet minimum physical activity recommendation drops from 42 percent to 8 percent. Many factors can influence this sharp drop in physical activity, and attitudes towards exercise is one of them. “One of the most potentially influential [factors] is the exposure to, and the experiences associated with, physical education (PE) during primary and secondary school,” noted the new report, published earlier this month in the Translational Journal of the American College of Sports Medicine.

Researchers from Iowa State University surveyed roughly 1,000 Americans, aged 18 to 45 years old, via an online questionnaire. They analyzed participants’ positive or negative attitudes towards gym class, comparing the results to subjects’ present attitudes and levels of physical and sedentary behaviors. Participants also got to describe, in detail, their worst and best gym class memories in the survey. One extremely relatable finding: 7 percent of people listed their best memory as skipping gym or not having to take the class anymore. For the people who disliked gym, their worst memories were linked with embarrassment, lack of enjoyment, and bullying, among others.

Unsurprisingly, people who reported enjoying Phys Ed. class when they were younger were more likely to respond that they anticipated exercise to be enjoyable and that they were more active on weekends. Participants who didn’t enjoy gym class as kids often reported not expecting to enjoy exercise in present day.

Matthew Ladwig, an Iowa State University graduate student who conducted the study with Spyridoula Vazou and Panteleimon Ekkekakis, told The New York Times that participants’ memories of their P.E. classes were surprisingly vivid. “For some of them, the classes were two or three decades in the past, but they had not forgotten,” Ladwig said to The New York Times.

Considering how potentially scarring gym class is for many people, the results of the study could be key in re-evaluating how kids are introduced to sports and understanding what motivates people to exercise later in life. Whether memories of Phys Ed. class make you smile or cringe, more research needs to explore the long-term implications of these experiences.