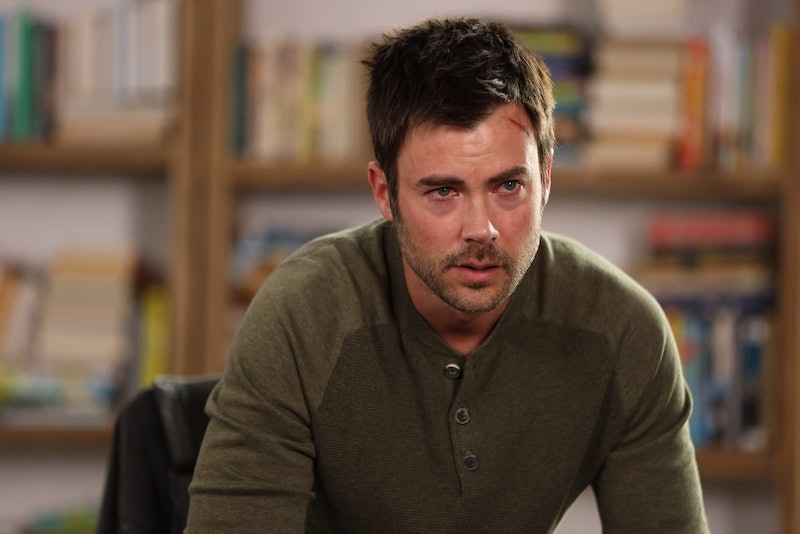 Spoilers ahead for Manifest Season 2, Episode 11. Time is moving quickly on Manifest, which means Zeke's death date is fast approaching. Unlike the Flight 828 passengers, who were gone for five years, Zeke jumped ahead in time only one year. And if it's true that people can only survive for the amount of time they were gone, then Zeke only has a little bit more time to live before he'll freeze to death as would have been his fate in the cave.

Actor Matt Long, who plays Zeke, told ScreenRant that Season 2 takes place over eight months. Add in the time from Season 1 that occurred after he was rescued, and that puts his death date probably right around the finale. There are only two more episodes of Manifest left in Season 2, and creator Jeff Rake promised that answers are coming about whether or not the death date can be outlived. "This idea of undoing the death date is the fundamental mythological question of Season 2 and we will answer that by the time we get to the end of the season," Rake promised TV Guide.

Ben already got some really important information about potentially surviving the death date from the ancient sailor Al-Zuras, who also transported through time. In Episode 9, he discovered that when Al-Zuras' crew tried to stop the callings, they were driven to madness. Al-Zuras wrote, "There is no way to be rid of the voice. The only way to survive is to accept." Ben believes that means accepting that everyone must listen to every calling in order to try to survive. Zeke has been doing that, and he's also come to accept something else — his own death. At the end of Episode 11, Zeke told Michaela that he didn't want to suffer through Saanvi's treatments anymore that were more of a bandaid than a solution to his worsening frostbite.

"I've been able to make peace with everyone I needed to. I'm ready," Zeke told Michaela. He added that he just wanted to spend his remaining time with Michaela, and he even proposed to her at the end of the episode. That of course begs the question, if he does survive will the two of them suddenly be concerned that they rushed into everything? In any case, viewers have just two more episodes before we get to learn whether listening to the callings and accepting one's fate is the only way to survive the death date. And, if it is, then the person fans should really be worried about dying is Saanvi.

She's been working on a "cure" for the callings and testing it on herself. She's gotten rid of the voices in her head, but she's also experienced memory loss and a personality shift because of her testing. Is she being driven to madness for trying to get rid of the callings like Al-Azuras' men? If so, the finale could end up seeing Saanvi's death just when we're all expecting Zeke's instead.