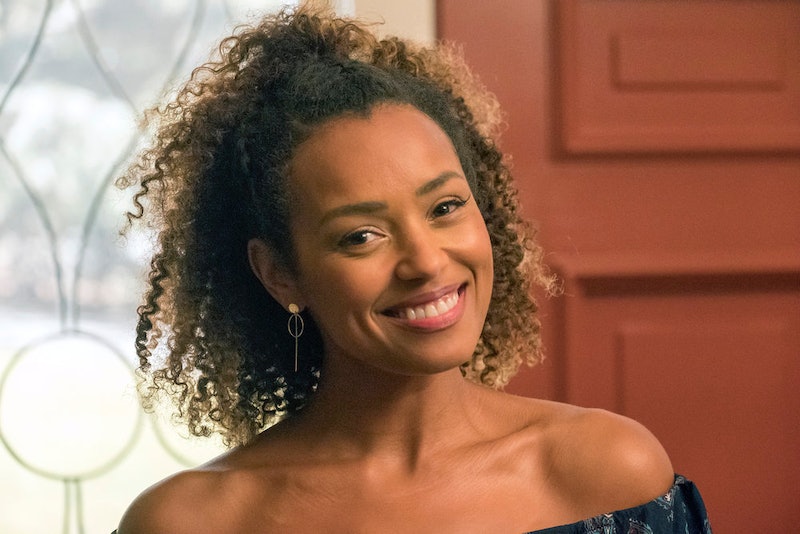 Kevin has not been the luckiest in love during his life. His marriage to Sophie failed, as did their attempt at a reconciliation last season. He was also caught in a totally awkward love triangle with Sloane and Olivia during his time working on the play in Season 1. So when sparks seemed to fly between him and Beth's cousin Zoe during Kate's wedding, fans were left hoping that Kevin could finally have a fairytale romance like Randall and Kate do with their respective mates. But at the beginning of Season 3 it quickly became apparent that Zoe and Kevin might not be on the same page. Zoe and Kevin's relationship is off to a rocky start on This Is Us, which might not bode well for their future together.

Zoe and Kevin definitely have chemistry, and it makes sense that these two beautiful, single people would end up getting together. But when Beth begins to suspect that her cousin and brother-in-law are hooking up, she freaks out and confronts the couple about it... after swearing on Oprah she wouldn't! At first, it seemed like Beth wanted to protect her cousin from being hurt by Kevin, but it turns out she was actually worried about the exact opposite. She tells her brother-in-law that Zoe "chews men up and spits them out" and that she would almost certainly break his heart. Not Kevin!

But even though Beth warned Kevin not to get involved with Zoe, it seems like he's already feeling pretty serious about her. At least, serious enough to want to invite her to his movie premiere. But a new clip released by NBC ahead of the second episode reveals that Zoe might not be on the same page as Kevin. Beth's cousin seems to view their hookups as more of a casual fling. In the clip, Zoe is in bed with Kevin, doing work for her documentary. Kevin tries to initiate some ~romance~ with Zoe, but she brushes him off, saying she has to finish working. And when he brings up that he was thinking about inviting her to his movie premiere, things head south fast.

"I don't want this really nice, really light, really lovely thing to be serious, you know?" Zoe tells him. And though Kevin quickly insists that he's "the king of cas" (as in, casual) something about the look in his eyes betrays that he's actually not really okay with this just being a casual fling. First rule of successful relationships, Kevin, is honest communication! Unless these two somehow get on the same page, I don't foresee wedding bells anytime soon.

But maybe all is not lost! After all, we can't forget that in a flash-forward during the finale of Season 3, Kevin was shown on an airplane, flying to Vietnam, with none other than Zoe herself. Now that doesn't seem like the type of trip you would take with your light, casual hook-up, now does it? Zoe and Kevin might have a bit of a rough beginning to their relationship, but there is definitely still the possibility that Zoe and Kevin find their own Jack and Rebecca love story.

More like this
Here’s What Happens To Bill & Frank In 'The Last Of Us' Video Game
By Brad Witter
Megan Mullally & Nick Offerman’s Relationship Includes Several Collaborations
By Caitlin Gallagher and Brad Witter
Hilary Duff's Husband Matthew Koma Has Her Name Tattooed On His Butt
By Jake Viswanath and Stephanie Downs
Molly-Mae & Tommy Fury Revealed Their Baby Girl's "Really Unusual" Name
By Sophie McEvoy and Sam Ramsden
Get Even More From Bustle — Sign Up For The Newsletter
From hair trends to relationship advice, our daily newsletter has everything you need to sound like a person who’s on TikTok, even if you aren’t.