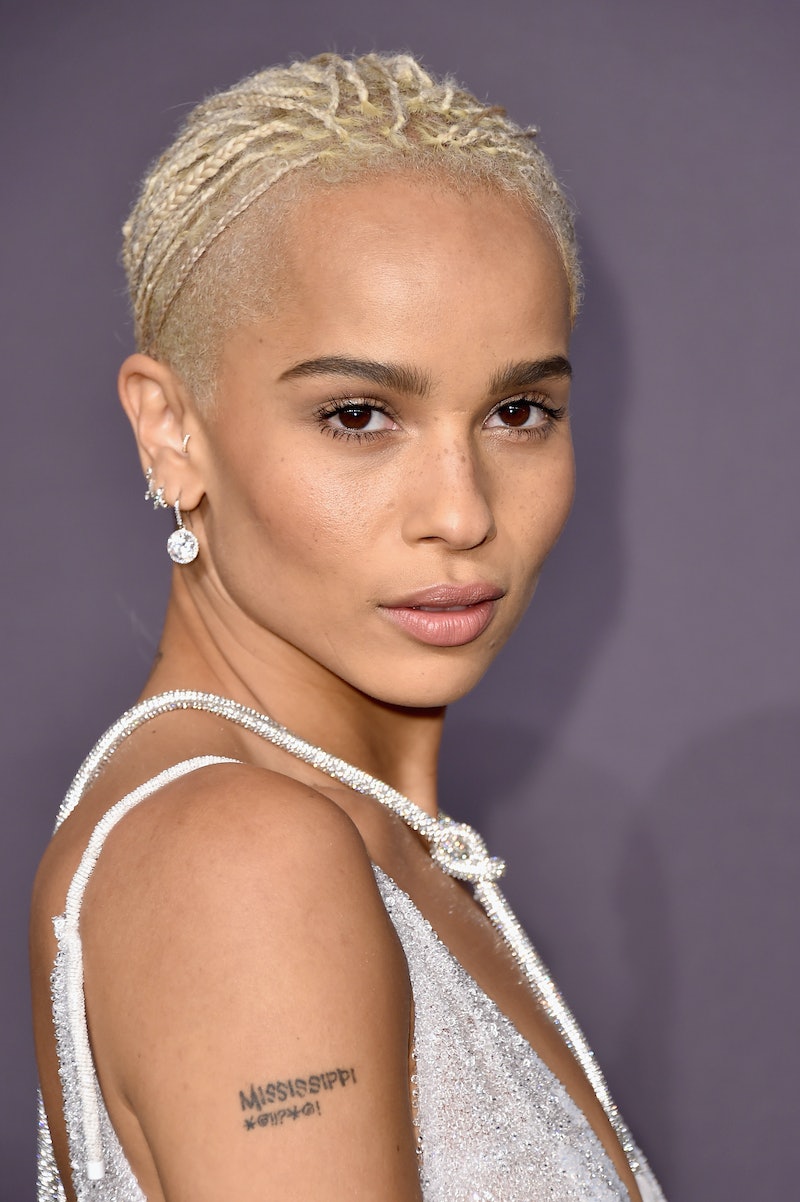 Hollywood is notorious for immaculately sculpting a person's image to create the next star. From dying their hair to changing their name just to conform to society's standards, who an actor truly is isn't always who audiences see. But when you have a can't-miss wardrobe, a signature Afrocentric hairdo, and a famous last name like Kravitz, it's virtually impossible to go unnoticed. However, actor Zoë Kravitz faced a more challenging issue than stepping outside of her famous parents' shadows. The bohemian fashionista explained to Allure she needed to embrace her identity as a mixed race woman in order to love herself completely. What once made her an outlier at her predominantly white schools became her greatest strength in the largely white Hollywood — her ability to stand out unapologetically.

"It’s been a really interesting journey because I was always one of the only black kids in any of my schools. I went to private schools full of white kids. I think a lot of that made me want to blend in or not be looked at as black. The white kids are always talking about your hair and making you feel weird. I had this struggle of accepting myself as black and loving that part of myself. And now I’m so in love with my culture and so proud to be black. It’s still ongoing, but a big shift has occurred."

Kravitz's journey of self-acceptance isn't unfamiliar. As a person of color who attended a predominately white private school my entire life, I have faced similar looks and jeers at my hair, particularly in its natural state. My attempts to chemically straighten my hair during my teenage years to "blend in" only led to my hair breaking off in college. Like Kravitz, my confidence as a woman of color had to evolve in order to accept my black features that I simply cannot change.

The 28-year-old made it clear to Allure that these days she's far less insecure about being mixed race. Her embrace of her blackness comes across heavily in her effortless fashion sense. Her trademark braids, which she recently cropped into a platinum pixie cut, could be seen as an unequivocal sign of getting in touch with her black side. However, not every black person's self-exploration needs to involve going natural, wearing braids, or donning traditional African clothing to feel authentically black. There's nothing to prove — and that's the whole point.

Actors of color face an ongoing battle in Hollywood. Their physical characteristics are still in the process of being accepted since they directly conflict with their blonde-haired, blue-eyed counterparts. It's understandable why a black actor may want to adapt to make themselves more marketable. But what Kravitz has managed to do is make herself in demand and highly successful by simply being herself.

She told Allure, "The older I get, the more I experience life, I am identifying more and more with being black, and what that means — being more and more proud of that and feeling connected to my roots and my history." Although acting requires stars to transform, Kravitz sets a precedent for never conforming or compromising her identity. To the actor, pride has become one of her greatest strengths, and she wears it flawlessly.

More like this
"Lavender Haze" Star Laith Ashley Breaks Down Filming With Taylor Swift
By Jake Viswanath
Ozzie’s Coming Out Scene With Kitty On 'That ’90s Show' Has Twitter Sobbing
By Brad Witter
I Tried Kendall Jenner's No-Pants Look As A Plus-Size Woman
By Sarah Chiwaya
Beyoncé Just Announced Tour Dates: Here's How To Cuff Tickets To Her 2023 Shows
By Jake Viswanath
Get Even More From Bustle — Sign Up For The Newsletter
From hair trends to relationship advice, our daily newsletter has everything you need to sound like a person who’s on TikTok, even if you aren’t.