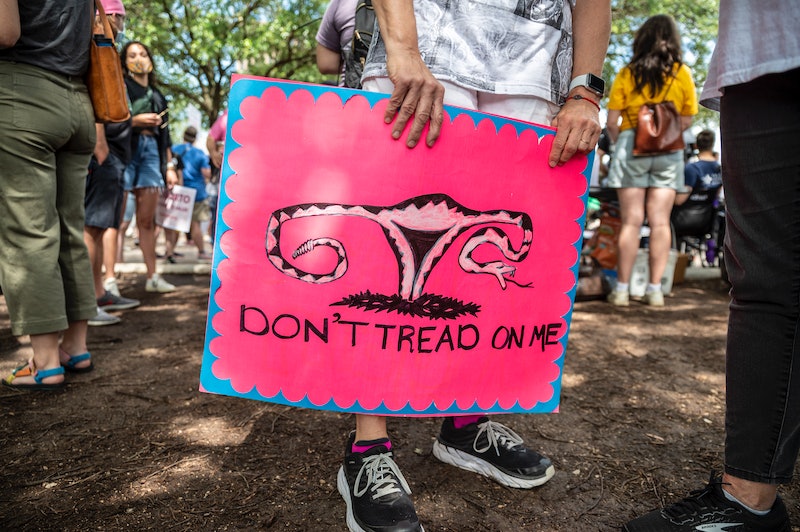 A new Texas law went into effect on Sept. 1, which effectively bans abortion access across the state. Known as Senate Bill 8, it outlaws abortions as early as six weeks into pregnancy. Unlike other states’ so-called “heartbeat bills,” this particular law enables citizens — even those outside Texas — to sue clinics, providers, or anyone else who helps a patient seek abortion care. Texas is incentivizing private citizens to enforce the law. If they’re successful in their lawsuit, they’re eligible for $10,000 and a reimbursement for their legal costs.

On Sept. 9, the U.S. Justice Department sued the state of Texas, hoping a federal judge will declare the law unconstitutional. The announcement from Attorney General Merrick Garland comes roughly a week after the United States Supreme Court refused to block the law by a vote of 5-4.

Cathy Torres, a Rio Grande Valley-based youth activist who works with the Young Womxn of Color for Reproductive Justice Leadership Council, calls the law “a violent piece of legislation that will not only ban abortion at six weeks, but will cause a slew of frivolous civil lawsuits that will in turn affect Texans statewide.” The law also reflects the fraught landscape for access in Texas, Torres says. In recent years, anti-abortion lawmakers have refused to expand Medicaid to cover abortion, banned insurance coverage, and created hurdles like 24-hour waiting periods and mandatory sonograms to make it harder for patients to get the care they need.

The Guttmacher Institute, a research and policy organization that works to advance sexual and reproductive healthcare, called the law “part of a relentless, three-pronged strategy by Texas lawmakers to effectively ban abortion in the state” in an Aug. 25 press release emailed to Bustle. The organization pointed to the state’s recently upheld ban on D&E procedures, which is the most common method of abortion after 15 weeks’ gestation, and a forthcoming bill that would ban medication abortion as other threats to abortion access in the state.

To Dr. Ghazaleh Moayedi, M.D., a Texas OB-GYN and Physicians for Reproductive Health board member, help is needed both in the courts and from laypeople across the country.

“Support can include letting your national representatives know they must pass the Women’s Health Protection Act now, voicing public support for abortion care, amplifying the voices of Texas advocates already working on these issues, and donating to our abortion funds,” Moayedi tells Bustle.

That’s where you come in. You can help support abortion rights in Texas right now — here’s how:

Whether you’re donating your time, money, or voice, your support can make a big difference. “This law intends to subvert our democratic process in order to deny Texans the human right to control their reproduction,” Moayedi says. “To compound this injustice, this law attempts to turn communities against each other, using private citizens as a way to intimidate, harass, and financially ruin those that support pregnant Texans. This is not the Texas any of us want — we all deserve so much more than this from our state leaders and for our children.”