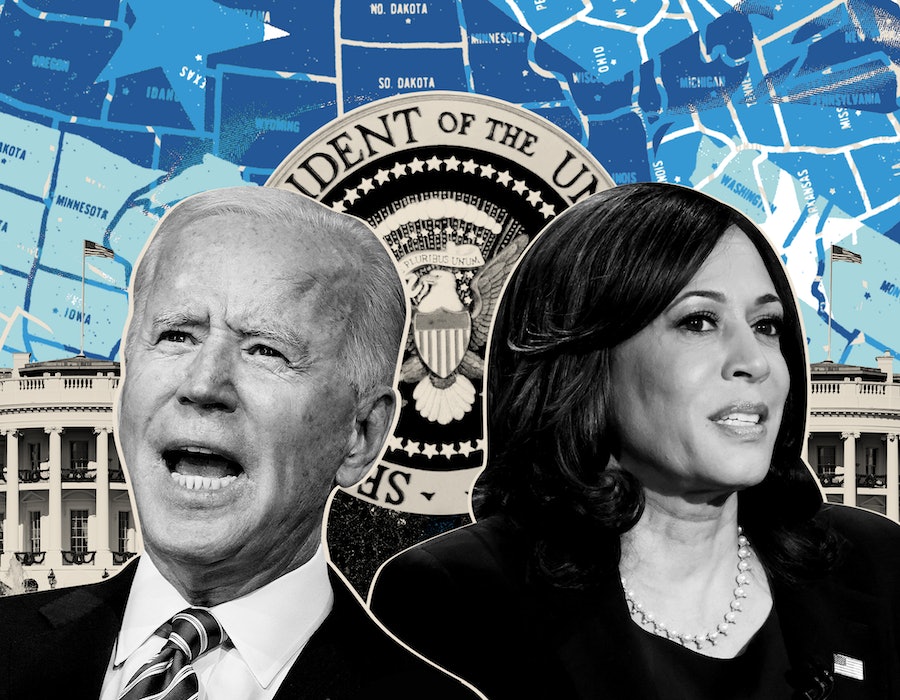 On Saturday, Nov. 7, Joe Biden was projected as the winner of the 2020 presidential election by CNN. The announcement came after totals flipped into his favor in Pennsylvania, whose bevy of electoral votes, at 20, would push him over the 270 mark — the number of electoral votes a candidate needs to be president of the United States. As votes continue to be counted, it's possible Biden will continue earning numbers beyond 270.

The historical implications of the Biden-Harris ticket are manifold: Biden has earned the most votes in history to become president, at over 74 million. He would also be the oldest person to assume the office, turning 78 years old on Nov. 20. At his side, Sen. Kamala Harris would become the first woman, first Black woman, and first South Asian woman to become vice president. "Donald Trump's political career began with the racist birther lie," said CNN anchor Abby Phillip on Nov. 6. "It may very well end with a Black woman in the White House."

Throughout the presidential campaign, Biden promised to rebuild the Democrat's "blue wall," referring to Midwestern states that have historically voted for Democratic candidates. And while states are continuing to finalize vote totals, Biden seems poised to win Michigan, Wisconsin, and Pennsylvania, three states that voted for President Trump in 2016.

In a speech on Nov. 4, in which Biden projected confidence about an ultimate victory, he returned to themes of political and national unity. "I will work as hard for those who didn’t vote for me as I will for those who did vote for me," he said. "It will be a victory for the American people, for our democracy, for America. And there will be no blue states and red states when we win — just the United States of America.”