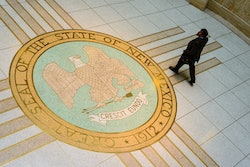 When Terrelene Massey watched New Mexico’s bill to repeal the state’s abortion ban die in the state House in 2019, she was struck by what she calls a “convenient argument” made by some legislators: that they couldn’t vote in favor of the bill because their Native and Indigenous constituents were opposed to it. These legislators — by and large non-native — said their constituents’ cultural practices and spiritual beliefs were at odds with the pro-abortion measure.

Massey, the executive director of the Southwest Women’s Law Center, knew this couldn’t be true. From her own lived experience as a Navajo woman, and her professional experiences as an advocate for Indigenous women in the Southwest, she’d seen firsthand how her peers value body sovereignty as part of their spiritual traditions, and how Indigenous people throughout the region had longstanding, ancestral practices for delivering abortion care.

“Maybe it’s because I am Native American, I am more attuned to seeing what’s missing when we’re not at the table and people trying to fill in our voices for us — and filling that space with inaccuracies and myths,” Massey, who had advocated for the 2019 bill’s passage, tells Bustle.

The state’s abortion ban was first passed in 1969, four years before Roe v. Wade made it unenforceable. Abortion continues to be the law of the land, and New Mexico has none of the major types of legal restrictions on abortion care found in many other states. But having this ban on the books would automatically criminalize abortion in the state if Roe were overturned — an increasing possibility in 2021, with a conservative supermajority on the Supreme Court. Twenty-eight states and two U.S. territories have similar measures.

New Mexico has a population of 2 million, half of whom are women, and 11% of whom identify as Native. Massey had a feeling that if only these lawmakers could see hard data on Native women’s feelings on abortion, the bill might have a better chance of passing if it were introduced again.

“For Indigenous women, reproductive rights are a way of life."

Working with Forward Together, Bold Futures, Planned Parenthood of New Mexico, and the ACLU of New Mexico, Massey launched the first-ever survey on how Native and Indigenous women in New Mexico felt about reproductive rights in 2020. They surveyed over 300 Native American adults in New Mexico over the course of two weeks, both over the phone and online; to the groups’ knowledge, this is the largest sample of this population ever collected for a survey on this topic. They found that 89% of respondents believe that Native American women “deserve” to make their own health care decisions, including contraceptive and abortion care, without government interference. Nearly three-quarters believe they can hold their own “moral views about abortion” and still trust patients and families to make health care decisions for themselves. One in three Native women said they had accessed abortion care themselves, a figure just higher than the national average of one in four women.

“The survey showed that Native American people want to choose for themselves what happens to them, their bodies, when they want to be pregnant,” Massey says.

In 2021, the bill, SB10, came up for a vote once again, co-sponsored by State Rep. Georgene Louis, a member of the Acoma Pueblo tribe. “Folks have perceptions of Indigenous women that are not reflective of our actual beliefs,” Louis, who also co-sponsored the bill in 2019, tells Bustle. “But when Indigenous women see people who look like them stand up and say, ‘These are very personal matters unique to a woman’s health that she must decide on her own because these are the values that we hold dear,’ it encourages other women to be vocal about where they stand.”

The rise of Zoom during the pandemic was critical for allowing Native women across the country to have their voices heard. Because committee hearings and sessions took place online, Native and Indigenous women were able to not only “attend” from the comfort of their own homes, but offer up their own expert testimony, says Nicole Martin, one of the co-founders of Indigenous Women Rising, an organization that advocates for Indigenous and Native people’s right to health care.

Martin, who identifies as Navajo, Laguna Pueblo, Chiricahua Apache, and Zuni Pueblo, explains that because of the Zoom format, New Mexican lawmakers had to “sit with those personal, vulnerable stories” in a way that the legislative process rarely allows. With everyone connected through their screens, the stories shared felt all the more intimate and close to home in a way that committee hearings in New Mexico’s Roundhouse, or state Capitol, typically don't. She was one of the over 100 women who testified in support of the bill in January and February.

"Maybe it's because I am Native American, I am more attuned to seeing what’s missing when we’re not at the table and people trying to fill in our voices for us."

“Health is our wealth in our culture. And if you’re not healthy enough to take care of another living being, you shouldn’t be forced or shamed into giving birth to that life that you can’t care for,” says Martin.

Christian Redbird, who is affiliated with the Cheyenne, Arapaho, and Kiowa tribes, also shared her experiences virtually. “Our culture says, not only will ‘this’ mean for me, but if I have kids, what would I want their access to health care to look like?” she tells Bustle, referring to how her heritage informs her thinking on any public policy. When it comes to abortion access, “I knew I wanted that to be without shame, stigma, or barriers.”

“For Indigenous women, reproductive rights are a way of life,” says Krystal Curley, the executive director of Indigenous Lifeways, a social justice advocacy and support organization, who identifies as Diné. “Every decision a woman has about her reproductive health is available to us in the natural world. For us, this is a natural decision,” she says, referring to abortion care.

Massey, Louis, Martin, and others credit this groundswell of support, along with hard data, with the successful passage of the bill — and repeal of the ban — at the end of February. The bill ultimately passed 40-30 in the House and 25-17 in the Senate. It was signed by Gov. Michelle Lujan Grisham on Feb. 26. “A woman has the right to make decisions about her own body,” she said in a statement. “Anyone who seeks to violate bodily integrity, or to criminalize womanhood, is in the business of dehumanization. New Mexico is not in that business — not anymore.”

Louis says she and other state lawmakers are talking about how to continue Zoom hearings after the pandemic, because of how it included Indigenous voices in the conversation. “Indigenous women throughout New Mexico really came out and advocated for SB10 to pass — and now people are listening.”

Changing the narrative about abortion rights in New Mexico is a start, but advocates say there’s much more work to be done. “In my culture, we are a matriarchal society. Our grandmothers and mothers, we hold their words as gold,” says Curley. “For them to have gone through so much trauma,” she adds, referring to the Indian Health Service’s practice of forcibly sterilizing Native women or using them in studies on contraceptives, “and us still be here today … and have our voices there at the table, it’s historic.”

Curley points to climate change as another area where Native people’s voices have been excluded from policymaking, and where she hopes there can be a similar impact. “Look what happens when women-led organizations of people of color are involved in policymaking,” she says. “This is why we have to get our stories out.”