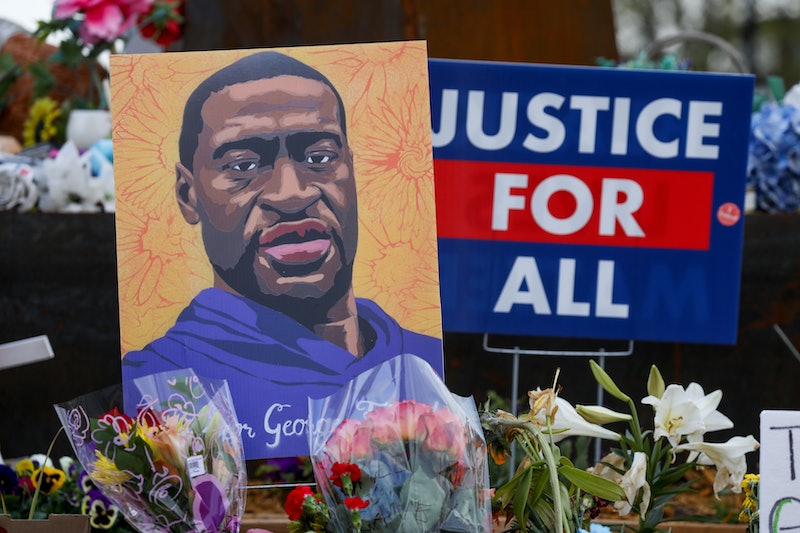 Floyd was murdered on May 25, 2020 in south Minneapolis. On June 1, 2020, both an independent autopsy and a county autopsy by the Hennepin County medical examiner ruled George Floyd’s death a homicide. Floyd’s murder spurred a series of racial justice protests around the world, as people took to the streets to demand racial justice and an end to police brutality. As the trial was underway, 20-year-old Daunte Wright was fatally shot by former police officer Kimberly Ann Potter, just miles from the courthouse, on April 11. And nearly 20 minutes before the Chauvin verdict was announced, Ma’Khia Bryant, a teenage girl, was shot and killed by police in Columbus, Ohio.

In the wake of the guilty verdict, 19 activists, politicians, and Floyd’s family share powerful words reflecting on the tragedy and looking ahead for next steps.

More like this
8 Charities To Donate To During Black History Month
By Alexis Morillo
Here’s Where The NHS Nurses’ Strike Currently Stands
By Sophie McEvoy
25 Inspiring Quotes From Black Women To Celebrate Black History Month
By Kyli Rodriguez-Cayro and JR Thorpe
24 History-Making Black Women You Probably Didn't Learn About In School
By Ayana Lage and JR Thorpe
Get Even More From Bustle — Sign Up For The Newsletter
From hair trends to relationship advice, our daily newsletter has everything you need to sound like a person who’s on TikTok, even if you aren’t.