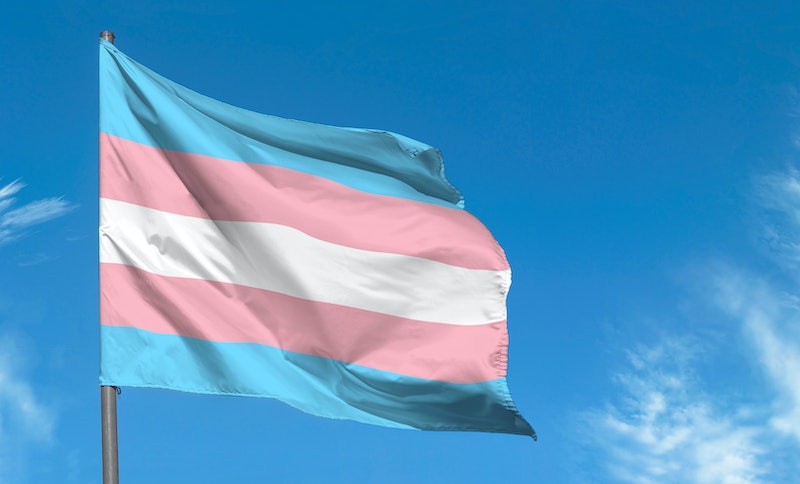 A proposed inquiry into trans-inclusive education in primary schools in the UK has been dubbed a “new Section 28” by campaigners. Referencing the infamous 1988 law, which barred councils and schools from "promoting the teaching of the acceptability of homosexuality as a pretended family relationship," LGBTQ+ organisations and campaigners are calling for more awareness.

Speaking in Parliament on Nov. 9, Conservative MP Miriam Cates called for an investigation into trans-inclusive education in primary schools in the UK. She also accused Mermaids and Stonewall of “teaching… dangerous and contested extreme ideologies that don’t have a basis in science to our children.” Here’s what you need

What Has Cates Said?

In a statement made to the Mail On Sunday, Cates accused Stonewall and other LGBTQ+ campaigners of promoting “extreme transgender views… in classrooms across the country”.

In another speech to Parliament in November, Cates claimed several parents had contacted her over concerns for their children. In the evidence Cates has alleged to have compiled, she said “schools were telling pupils they would be happy if they changed gender... without their parent’s consent”.

This is not the first time Cates has put forward trans-exclusionary opinions. She also criticised transgender rights activists in an interview with GB News in October. In the interview she said, “if we start to say that you can self-identify as any sex you want, any gender you want, then we inherently have a problem and a conflict with women's rights.”

Cates has urged fellow MPs to support the launch of an inquiry into “the alarming spread of transgender ideology” in schools. In her speech to Parliament she said, “the government has to take a role on this. It needs some sort of inquiry into what is happening, and it must issue much stronger guidance.”

Cates has a concerning history with the LGBTQ+ community. In 2016, she was on the board of The Philadelphia Network, a church with offers anti-gay conversion therapy.

How Have LGBTQ+ Organisations Responded?

LGBTQ+ organisations and activists have come out strongly against this proposal. Susie Green, CEO of Mermaids, told PinkNews, that she was “extremely concerned about the dangerous information” spread by Cates and “the similarities to Section 28 framing are deeply worrying”.

Though vaguely worded, Section 28 legislation prohibited local authorities and schools from “promoting” homosexuality and prevented councils from funding much-needed lesbian and gay initiatives between 1988 and 2003. Per the Guardian, “it was a callous attempt to suppress an already marginalised group.”

Green concluded that ministers should “realise the harmful impacts their sweeping statements have on some of the most vulnerable young people in our community”.

Former MP Ben Howlett also tweeted in defence of Stonewall, “advice provided by @stonewalluk on issues facing transgender students is directed by policy authored by her own Government. It is neither extreme, or outrageous.”

What Can You Do About It?

Currently, Cates has only proposed this investigation, and it is yet to go through serious consideration in Parliament. However, with increasing vitriol toward LGBTQ+ and transgender rights organisations, more support than ever is needed.

There are a number of ways to get involved, and information on how to support Stonewall and Mermaids can be found on their respective website.

You can also write to your MP to raise concerns about the proposal and request their support in protecting transgender rights on behalf of your constituency.

More like this
Gen Z Are Twice As Likely To Identify As Queer, According To New Data
By Sam Ramsden
Here’s What TikTok's "Mascara” Trend Is *Really* About
By El Hunt
Eurovision Has Been Given A Whole New Look Ahead Of Its Liverpool Debut
By Bustle UK
Pret & Costa’s Coffee Is The Strongest On The High Street, According To Which?
By Sam Ramsden
Get The Very Best Of Bustle/UK
Sign up for Bustle UK's twice-weekly newsletter, featuring the latest must-watch TV, moving personal stories, and expert advice on the hottest viral buys.