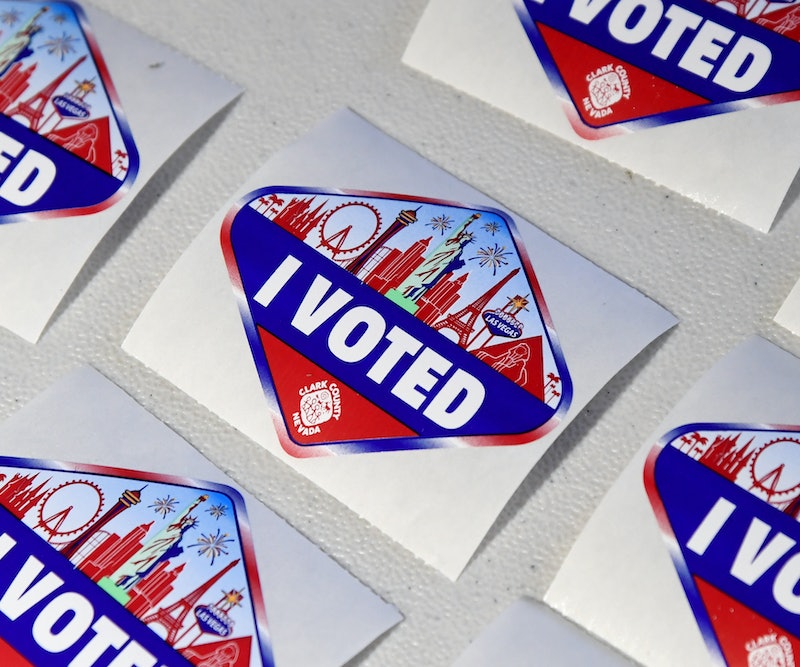 The past few weeks have been tiring. Since the results of the 2020 election may not be certain until quite a bit after Election Night, people have been crunching the numbers to see what Biden or Trump’s paths to 270 look like. But if the whole “270 to win” concept has you scratching your head, you’re not alone — people have been questioning the way the electoral college decides the president for a while now. Still, for this election at least, it’s good to know how a candidate wins a state's electoral votes, since that's ultimately how they win the presidency.

How Does The Electoral College Work?

The 2016 election — when President Trump won the presidency and lost the popular vote — brought this issue top of mind for a lot of voters who were unhappy with the outcome. The Electoral College is made up of 538 electors, who are allocated based on the state’s vote, and Trump won around 57% of them in 2016, per The New York Times. After that election, there was some contention about whether some of his votes could turn to so-called “faithless electors,” who would vote with their conscience, rather than for the candidate to whom their vote is pledged. That is, after all, the reason the Electoral College was established in the first place, according to the Brookings Institute — Alexander Hamilton described these voters as “men most capable of analyzing” presidential candidates. But nowadays, it’s rare that electors vote against the candidate their state swings toward.

How Does A Candidate Win A State’s Electoral Votes?

Similarly, the process on how electors are allowed to vote when the Electoral College officially meets depends on the state. According to the Brennan Center for Justice, 32 states, plus Washington, D.C., require the electoral votes to go to the candidate that won the majority of the state’s vote. In four states, not doing so is punishable by a fine or prosecution.

In 2020, these electors will vote for their candidates on Dec. 14. But until then, it’s up to the people to make their choices at the ballot box.

More like this
Michigan’s Governor Is “Going To Fight Like Hell” To Protect Abortion Access
By Andrea Zelinski
Playing A Scrub Nurse On 'Grey’s Anatomy' Made BokHee An Instagram Royalty
By Brad Witter
The Enduring Appeal Of Escaping Our Own Brains
By Chaya Bhuvaneswar
How To Fight For Reproductive Rights, Based On How Much Time You Have
By Courtney Young
Get Even More From Bustle — Sign Up For The Newsletter

This article was originally published on Dec. 2, 2016