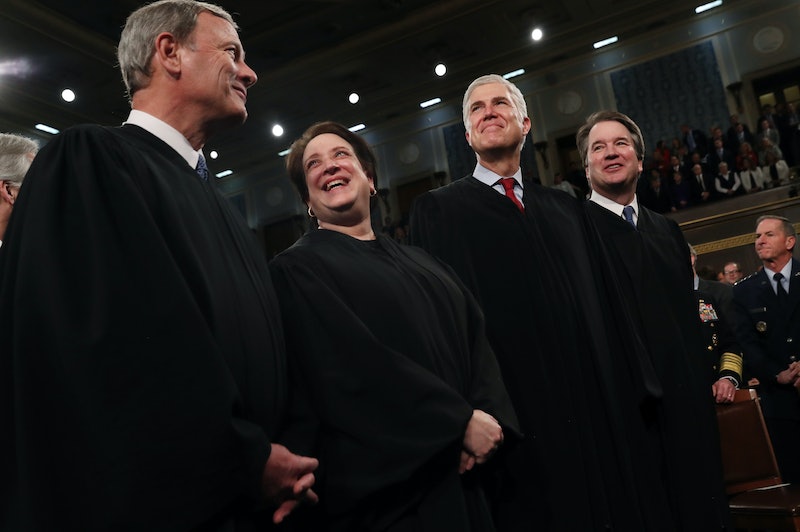 The race to fill the late Ruth Bader Ginsburg’s Supreme Court seat is under way in Washington D.C. On Tuesday, President Donald Trump said he would announce his Supreme Court nominee on Saturday, Sept. 26. That will be 39 days before Election Day.

The average Supreme Court confirmation takes about 70 days, from presidential nomination to Senate vote, according to data from the Congressional Research Service. The longest confirmation took about four months, and the shortest took just 19 days.

After President Woodrow Wilson nominated Louis D. Brandeis to the court in January 1916, it took roughly four months for the Senate to approve his nomination. In 1975, Justice John Paul Stevens' confirmation took just 19 days, which has Senate Majority Leader Mitch McConnell confident that Trump’s pick could be confirmed by Election Day. “Justice Stevens' entire confirmation process could have been played out twice between now and Nov. 3,” McConnell said in a Senate session Sept. 21. Ginsburg’s confirmation in 1993 was actually on the shorter end, at 42 days.

The timing can vary because getting confirmed as a Supreme Court justice is a multi-step process. First, a president announces his choice for the role, usually after consulting with senators and advisers. The nomination is then sent to the Senate Judiciary Committee, which is currently chaired by Sen. Lindsey Graham (R-South Carolina). It usually takes about a month for the committee to gather necessary information, like FBI intelligence, before holding a hearing. For Justice Brett Kavanaugh, for example, there was a period of about two months between his July 9, 2018, nomination and the subsequent Sept. 4 hearing, in part because the committee requested a large number of documents from Kavanaugh’s time in the Bush White House and because Congress goes on recess in August. The hearing itself can take anywhere from a few days to several weeks.

After the hearing concludes, the Senate Judiciary Committee votes. If the candidate has its recommendation, the committee sends the nominee to the full Senate chamber for debate. That debate usually lasts about 10 days. Then they take a vote. In the case of Justice Kavanaugh, for example, the full chamber voted about a week after the Judiciary Committee moved his nomination to the body.

A simple majority vote is required for the candidate to be confirmed, just 51 out of 100 senators. In the case of a 50-50 tie, the vice president will cast the tie-breaking vote.

This confirmation process to replace Justice Ginsburg will be shadowed by President Obama’s unsuccessful 2016 nomination of Judge Merrick Garland. Although Justice Antonin Scalia died nine months ahead of the presidential election, on Feb. 13, 2016, McConnell effectively blocked Obama’s nomination of Garland. “The American people should have a voice in the selection of their next Supreme Court Justice,” McConnell said at the time, according to CNN. He refused to hold confirmation hearings. “Therefore, this vacancy should not be filled until we have a new president." But that was 2016. He's singing a different tune these days.

More like this
Eurovision Has Been Given A Whole New Look Ahead Of Its Liverpool Debut
By Bustle UK
Savannah Guthrie Got Her First-Ever Tattoo With This Former Wild Child
By Suzanne Zuckerman
Jessica Simpson On The Time She Was Pursued By A Backstreet Boy & An *NSYNC Member
By The Editors
At 28, Rosie Perez Risked Her Career To Stop Playing Stereotypes
By Gabrielle Bondi
Get Even More From Bustle — Sign Up For The Newsletter
From hair trends to relationship advice, our daily newsletter has everything you need to sound like a person who’s on TikTok, even if you aren’t.