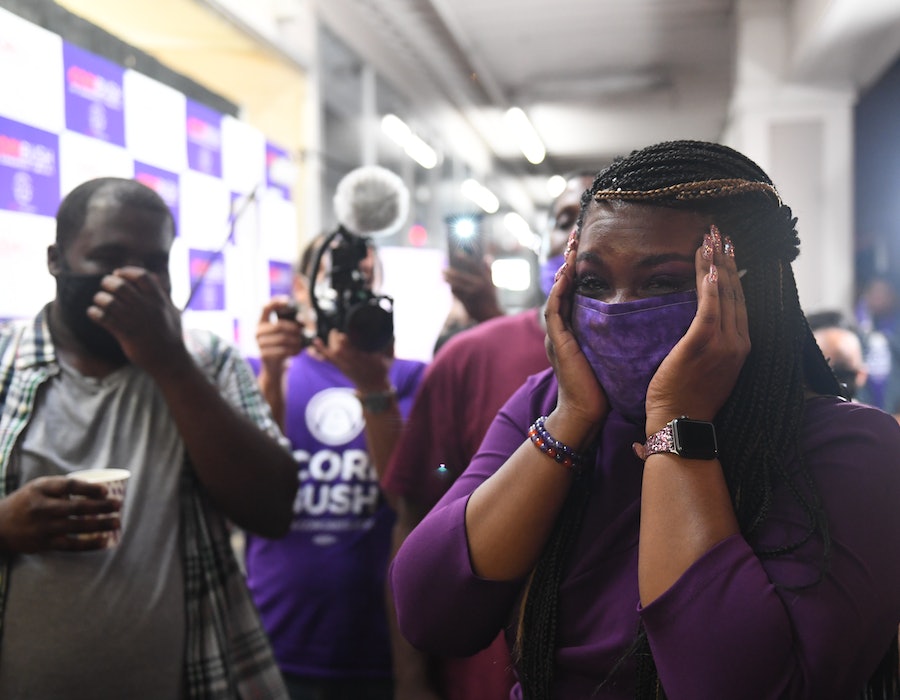 With 100% of precincts reporting, St. Louis congressional candidate Cori Bush has defeated Rep. William Lacy Clay, Jr. by 4,611 votes in the primary election for Missouri's first district. As the district reliably votes Democratic, the win all but guarantees Bush a victory in November as well. If she wins, she will be the first Black woman to represent Missouri in Congress.

Lacy Clay is a 10-term Democratic incumbent, whose father held the seat before him. The two have faced off before: In 2018, Bush lost to him 56.7% to 36.9%, which was recorded in the Netflix documentary Knock Down The House.

She is the latest progressive challenger to oust a Democratic incumbent, following New York's Jamaal Bowman, a former principal. Bush has been supported by progressive heavyweights like Sen. Bernie Sanders and the Justice Democrats, who backed Rep. Alexandria Ocasio-Cortez's 2018 run. In Congress, Bush would join the Democrat's liberal wing in the House of Representatives, supporting the Green New Deal, prison and justice reform, and Medicare For All.

"We've been called radicals, terrorists, we've been dismissed as an impossible fringe movement," she said in a victory speech. "But now, we are a multiracial, multiethnic, multigenerational, mass movement united in demanding change, in demanding ... our country recognize that Black lives do, indeed, matter."

Bush is a longtime organizer and activist for Black Lives Matter. Following the 2014 police killing of Michael Brown in Ferguson, Missouri, she was called in to help as a triage nurse. She continued volunteering as an organizer and medical worker, and was pepper-sprayed and beaten unconscious. Her own children were 13 and 14 at the time, just a few years shy of Brown’s 18.

"I could count on one hand the number of elected officials who showed up [in Ferguson]," she wrote for ELLE magazine. "That taught us a lesson: When all of our so-called leaders desert us, we learn to lead ourselves."

More like this
Watch Jacinda Arden’s Devastatingly Honest Resignation Speech
By Sam Ramsden
What The UK Blocking Scotland’s Gender Recognition Bill Means
By Sam Ramsden
Jessica Simpson On The Time She Was Pursued By A Backstreet Boy & An *NSYNC Member
By The Editors
At 28, Rosie Perez Risked Her Career To Stop Playing Stereotypes
By Gabrielle Bondi
Get Even More From Bustle — Sign Up For The Newsletter
From hair trends to relationship advice, our daily newsletter has everything you need to sound like a person who’s on TikTok, even if you aren’t.