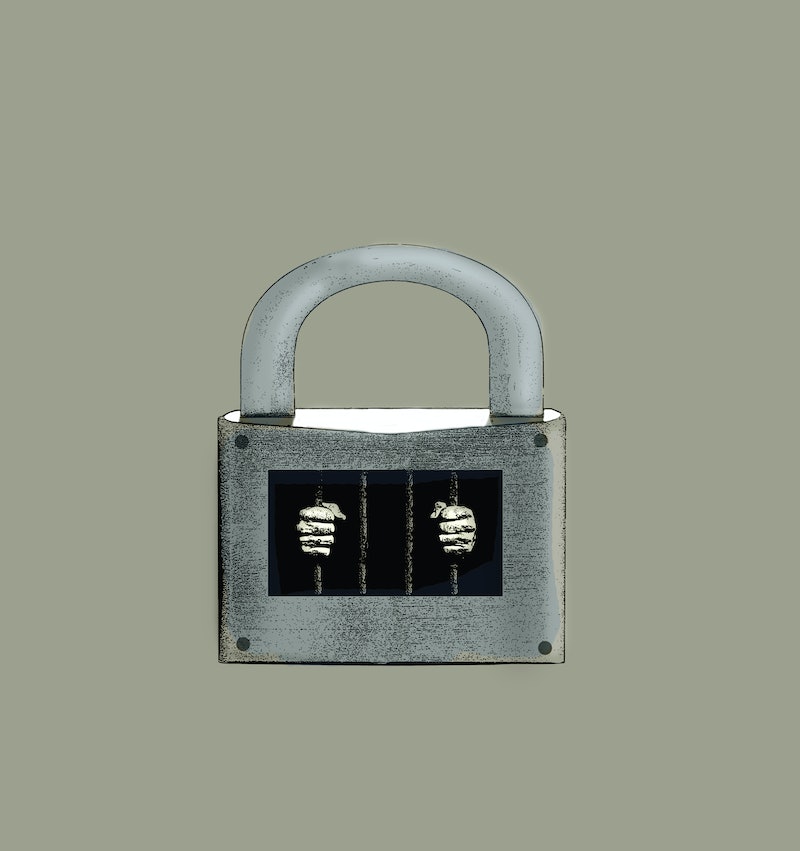 On a typical workday before the coronavirus, Laura Roan could’ve been found at one of Rikers Island’s 10 detention complexes. The 40-year-old might’ve been teaching incarcerated people how to prepare for job interviews, or conducting one-on-one meetings with people who’ve spent decades behind bars. She’d often talk them through daily activities, like grocery shopping. But when COVID-19 upended daily life, things like going to the supermarket became unrecognizable. Stores now have capacity limits, mandate 6-feet spacing in lines, and face product shortages.

For five years, Roan has helped the aging incarcerated population prepare for reentry through her leadership of the Elderly Reentry Initiative for Rikers Island, one of the nation’s most notorious jail complexes. Now, she’s tasked with explaining a volatile world to those unfamiliar with what it’s deviating from, all while working from home.

We have to be prepared to do this for a while.

Rikers Island Prison Complex, located between the Bronx and Queens, faces the added burden of being a COVID-19 hotspot. As of May 8, Rikers had 370 confirmed cases of coronavirus. “There’s no ventilation. If anything is floating, everybody gets it,” one recently released person told The New York Times. The prison has an infection rate of 9.53%, compared to New York City’s 2.15%. Activists have pressured lawmakers to release low-risk, elderly incarcerated people, especially those with pre-existing conditions, which put them at higher risk for deadly COVID-19 complications.

“They don't have access to hand sanitizer,” Roan says. “Anything that has alcohol is contraband.”

On a typical weekday now, Roan works from her home in Beacon, New York. From her window she can see the Fishkill Correctional Facility, another prison where she works. She moves around the house to wherever is quietest while she’s social distancing with her kindergartner, third grader, and partner. Instead of making visits, she schedules phone calls with people incarcerated at Fishkill, a service that didn't exist previously. The calls are free to participants. Rikers, which is under the jurisdiction of New York City, has not offered her the same resource. She’s grateful she can at least talk to some people over the phone to prepare them for release.

“It's kind of a Band-Aid until we can get back to normal,” she says. “It's likely that the epidemic is going to last longer in prisons and in jails, so we have to be prepared to do this for a while.”

Many need help learning about the internet and smartphones, Roan adds. “It's very challenging, if you've never even touched a touch screen, to learn how to do something so delicate... most of the time it requires sitting shoulder-to-shoulder with them, watching them try. Clearly we're not going to be able to do that for a while.”

Roan says the people she works with are scared. They know COVID-19 “will spread like wildfire” in their facilities, and they’re worried their incarcerated status will prevent them from getting medical care, such as ventilator usage. According to The Marshall Project, most prisons don’t have ventilators or appropriate treatment facilities, meaning local hospitals would be tasked with divvying up limited resources between incarcerated patients and the general population. (The New York City Department of Correction has not responded to Bustle inquiries about its ventilator supply.) Additionally, in most U.S. correctional facilities like Rikers, those in custody are required to pay copays for medical care. As a result, many opt to forgo care completely.

They don't have access to hand sanitizer. Anything that has alcohol is contraband.

In March, Attorney General William Barr ordered the Federal Bureau of Prisons to identify low-risk, nonviolent incarcerated people who could serve out their sentences at home. Shortly after, The Marshall Project reported that the plan could favor white prisoners, even though data has shown that coronavirus is deadlier in Black and Brown communities.

Roan doesn’t know how many people at Rikers are being released early due to COVID-19. While the Mayor’s Office of Criminal Justice says that over 2,400 people were released from city jails between March 16 and April 30, Roan says it’s unclear how many of those were directly due to the pandemic. “There is a certain churn to the system, which means COVID-related release numbers get conflated with regular releases that may have been scheduled months or years prior,” she says.

Looking forward, Roan suspects it will be a while before this new collective worry subsides. "Prison is not really an environment for people to come together," she says. "They're going to be afraid until they know they're safe. They're going to be very afraid."

More like this
Watch Jacinda Arden’s Devastatingly Honest Resignation Speech
By Sam Ramsden
Here’s Where The NHS Nurses’ Strike Currently Stands
By Sophie McEvoy
At 28, Rosie Perez Risked Her Career To Stop Playing Stereotypes
By Gabrielle Bondi
How Many Burpees Should You Do Per Day? Here’s What Fitness Trainers Say
By Carolyn Steber
Get Even More From Bustle — Sign Up For The Newsletter
From hair trends to relationship advice, our daily newsletter has everything you need to sound like a person who’s on TikTok, even if you aren’t.