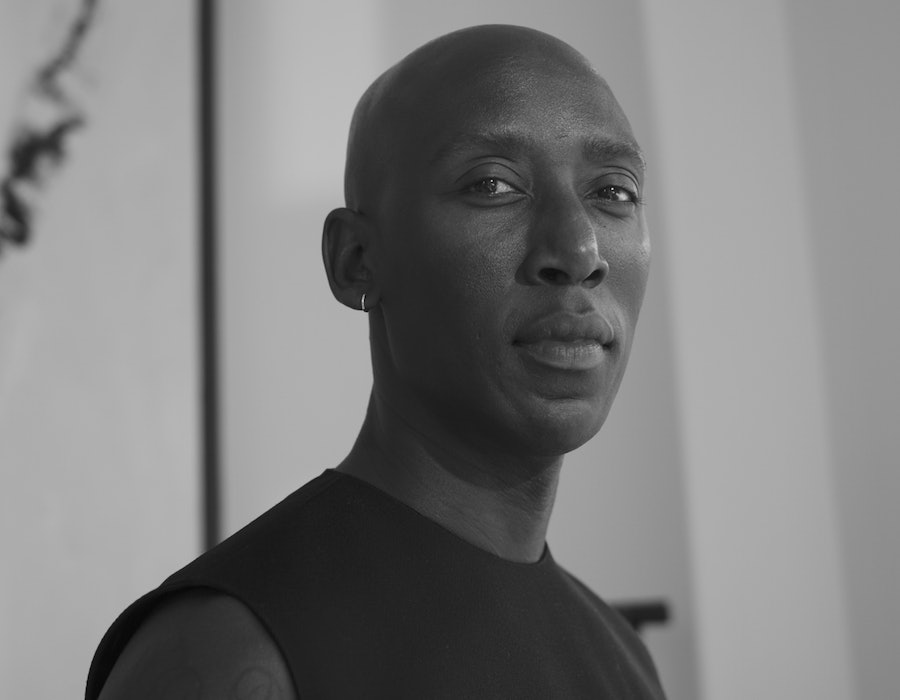 Matthew (Mateo) Harris’ dreams were bigger than his home island of Jamaica could materialize. Born to a seamstress who taught him the value of gold, he had his mind set on luxury from a young age. He took to the concrete jungle of NYC and got busy self-teaching jewelry design via YouTube tutorials in his Brooklyn brownstone. Initially inspired by the lack of men’s fine jewelry, Harris began designing pieces that contrasted the gothic style that was trending at the time. He turned an ordinary item, a zipper, into a statement jewelry piece and consigned it to a local shop. This iconic zipper necklace was soon after worn by none other than Rihanna. Harris’ brand, Mateo New York, took off.

Suddenly catapulted into a field where there were “not many people here like you,” Harris craved mentorship. Instead, he was faced with the harsh judgment of being a minority in an unwelcoming trade. In a world where privilege takes precedence, Harris feared not being taken seriously compared to his trust-funded colleagues. Self-assured, he held his head high with the radiant confidence that shines through in his interview below. He continued to “do the work,” both within his business and his community. By advancing the conversation of inclusivity in fashion, Harris has created space for other Black designers to thrive in.

With the goal of becoming the Black Boucheron, he plans to expand his business and keep shattering all of the glass ceilings. Harris breaks down his start, journey, and obstacles in this episode of Future of Fashion. Check out the video above to learn more about this fierce designer.

Future of Fashion is a series from Bustle following Tiffany Reid, Bustle’s VP of fashion, as she interviews rule-breakers in the industry who are shaking up the status quo in order to create a more inclusive and equitable future. Follow along on YouTube.

See more of Mateo’s jewelry collection and luxurious accessories here and on Instagram.

Inside Third Crown, The Jewelry Brand Approved By Beyoncé, Solange, And Cardi B

Why Is It So Hard To Find Great Plus Size Clothes?