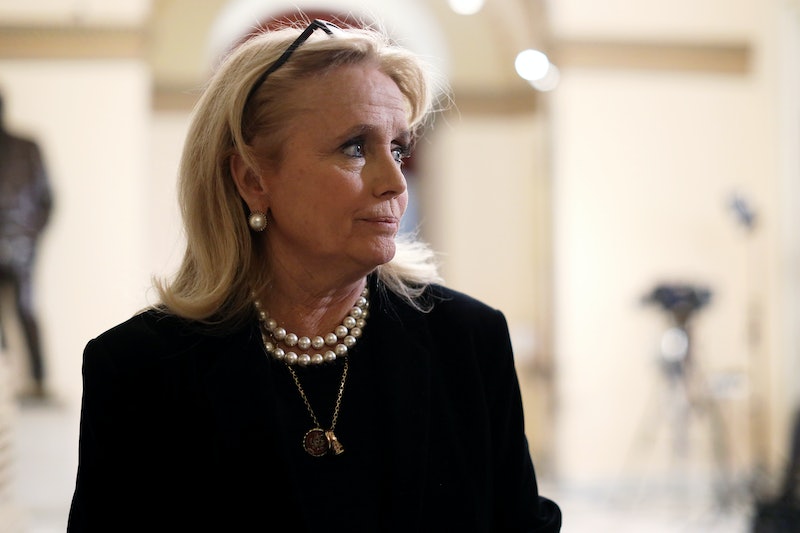 Enacted on Sept. 13, 1994, the Violence Against Women Act (VAWA) created a federal response to domestic violence, funding departments, shelters, and law-enforcement trainings to protect survivors. It expired in February 2019. The House of Representatives passed an expanded version of VAWA last year. One of the more controversial amendments, championed by Michigan Rep. Debbie Dingell, limits gun access to people who have been convicted of domestic violence or stalking. The bill is currently with the U.S. Senate, which currently has no plans to vote on it.

Rates of domestic violence are going up. People are living in confined areas for extended periods of time, worried about getting COVID-19 and about how they're going to pay for things. They're anxious. And they're buying more guns.

I'm deeply concerned about the increase in violence in my district and throughout the country. We've had a lot of senseless murders. Two weekends ago in Dearborn Heights, Michigan, a young man shot his mother and sister and was killed himself. Dearborn Heights has had six gun-violence incidents in a weekend.

When the Violence Against Women Act passed in 1994, it lifted survivors’ voices. It led to a 50% decline in intimate partner violence against women. But people were skeptical. They didn't believe survivors. I lived in a house where no one believed that things like that could happen. My father should not have had access to guns.

"My father removed all the door handles."

I remember one night when I was convinced I was going to die. My mother ran out of the house. My father removed all the door handles. My siblings and I were hiding in the closet, afraid something was going to happen to us. I called the police and they didn't respond. My father was a prominent man in town.

It's very hard to talk about, because it's not just my story. It's my family’s story. My mother's still alive, and is embarrassed. The questions are still there: Why did you stay? Why did you not do something? Her situation wasn't as much about economic dependence as it was about the social stigma, about people not believing her, and about the good of her children.

My sister says, "If we can keep any family from going through what we went through, we have a moral responsibility to do it."

That's one of the reasons I talk about it. The Violence Against Women Act helped law enforcement understand that this happens in all kinds of households. It can happen in any socioeconomic background, to people of any age or race.

The Violence Against Women Act was designed to give credibility to women and children who people didn’t believe, and to remove the stigma around domestic violence. It invested in programs that gave people emotional support and alternative places to live and get jobs, so that they could support themselves.

I'm co-chair of the Bipartisan Working Group to End Domestic Violence. I work with groups and individuals who are going through hard times. Many of them are survivors. These are very complicated issues. It was important to me that we renewed this bill, and that my amendment was in there, which stops someone who has been convicted of domestic violence or of stalking from having access to a gun.

I spoke about the bill on the House floor a few weeks after my husband, John, died, which was really hard. He was a gun owner and a former board member of the NRA, but he was a responsible man with guns. I’ve lived in a home with someone who was always careful with guns, but I have also lived with a man who shouldn't have owned guns.

When somebody is emotionally unstable or volatile, and there's a gun in the immediate vicinity, bad things can happen. Anybody can turn anything into a weapon, but we know that a gun is deadly. When in the hands of the wrong person at the wrong time, it can have deadly consequences.

The Violence Against Women Act is to help save other women from that fear and violence. I don't know why it's a partisan issue. It shouldn't be.

As told to Brianna Kovan. This interview has been condensed and edited for clarity.