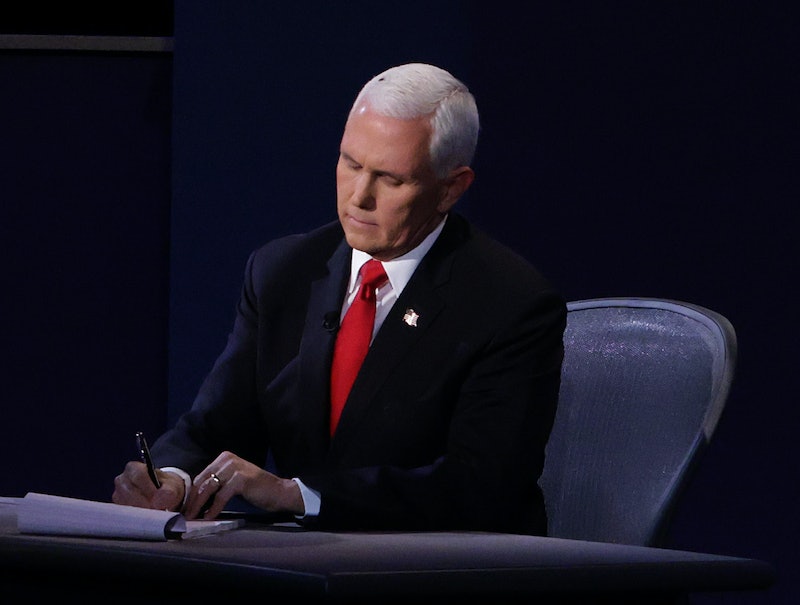 Wednesday night's vice presidential debate had a surprise guest. And unlike the audience, who was separated and masked, the visitor upended conventions with total disregard for COVID-19 safety precautions. During the second hour of verbal jarring between Vice President Mike Pence and Sen. Kamala Harris, a fly landed on Pence's head. Yes, a fly. The cameo appearance quickly captured the Internet's attention, launching a thousand tweets.

It's unclear whether Pence noticed, although viewers certainly did. After just a few minutes, the guest was gone. Below are a roundup of winning tweets, from celebrities, jokesters, and writers alike.

Chance the Rapper chimed in early, time-stamping the historical event.

Journalism, it's a public service.

A seasonal star is born

One viewer reads the room.

Get your Zoom outfits ready.

Moderator Susan Page had asked Pence about systemic racism, when along came the fly.

Author T Kira Madden chimes in with a similar idea.

Another writer weighs in with a supernatural angle.

The historical significance doesn't pan out for Pence.

Perhaps Andy Cohen has an opening?

The spotlight is his friend.

And Joe Biden gets the last laugh.