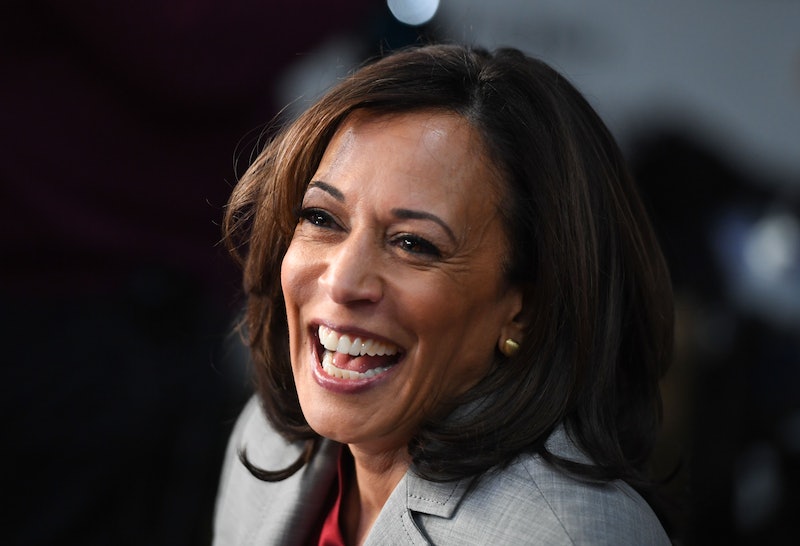 Roughly a week after President Donald Trump and former Vice President Joe Biden "debated" each other in Cleveland, their two running mates took the stage in Salt Lake City for the vice presidential debate. Back at the White House, the administration was scrambling to contain a growing number of positive COVID-19 cases on Capitol Hill. And due to Vice President Mike Pence's interactions with multiple now-infected people, including Trump, the stage itself was a visible reminder of that chaos back home.

Pence sat 12 feet, 3 inches away from Sen. Kamala Harris with a sheet of plexiglass between them. It's been a point of contention all week, as Pence's team found the additional plexiglass precaution unnecessary. The disagreement highlighted a stark difference between the campaigns: Whereas the Trump-Pence campaign had held indoor rallies, the Biden-Harris ticket had adhered to strict safety measures in small gatherings.

Online, celebrities took to Twitter to react to Pence and Harris in live time. (During one unexpected moment, a fly landed on Pence's head, which sent viewers into a delightful social-media tailspin.) Below, a roundup of musings and misgivings about the 90-minute sparring.

Sen. Harris' facial expressions, often of dismay, reminded the comedian of her own.

Rhimes wasn't on board with Pence's view of how the Trump administration handled the pandemic.

Yang responds to the final question, in which an essay winner asked about a return to civility.

Gutowitz brings it back to Netflix's series du jour.