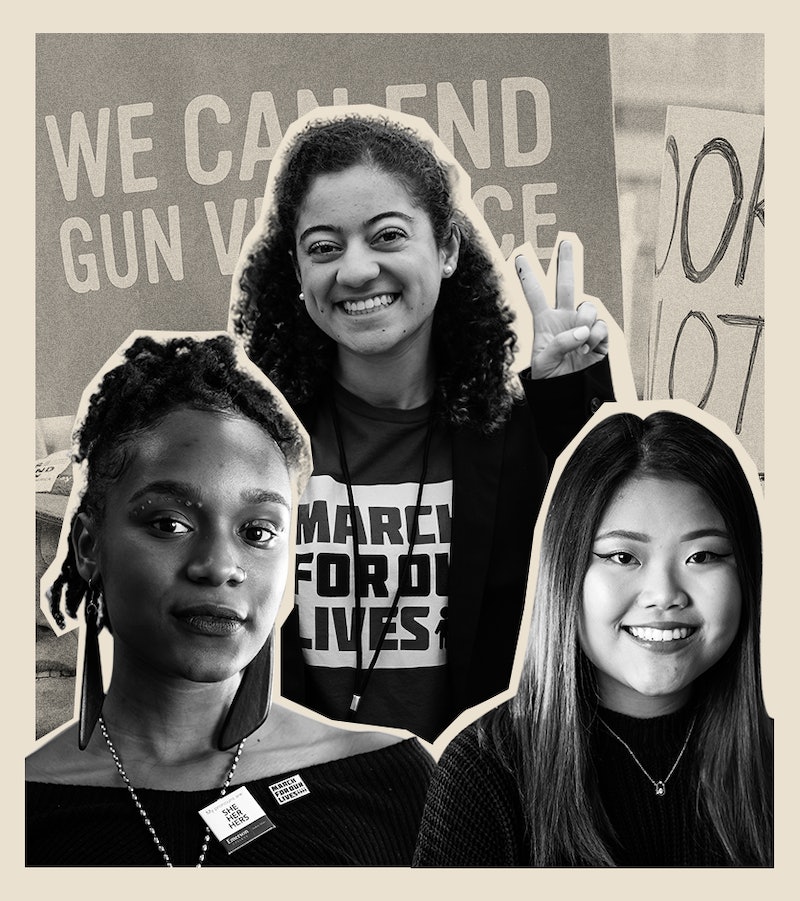 Last week, New York Attorney General Letitia James did something unprecedented. Just before noon, she announced that she had filed a motion in New York court to dissolve the nearly 149-year-old National Rifle Association (NRA). In taking this bold step, she became one of few elected officials who refuse to excuse or perpetuate the NRA’s guns-over-people attitude. Using the full weight of her office, James — the state's first non-white, non-male person elected into the role — cited countless examples of the NRA's alleged corruption.

Attorney General James said, “No one is above the law, not even the NRA.” We could not agree more.

In just over two years, our generation, Generation Z, has shifted the political culture around guns in our country.

When we rose up and took to the streets across the United States during the historic March For Our Lives and its sibling marches, we were met with unwavering solidarity and pride from older generations, but also with occasional bewilderment or outright dismissal — mostly from those in power who are supposed to protect us.

We did not allow ourselves to be talked down to due to our age. And why should we? Far too many of us are survivors of gun violence. Far too many of us live in communities where such violence is deadly and routine. So we called B.S. on politicians who passed us off as naive teenagers who didn’t understand the inner workings of our government, and who didn't understand that our voices and votes matter.

Holding public officials accountable to our interests is bigger than taking our demands to the streets. Accountability means electing and working with leaders who will be our allies in the halls of power. Over the last 29 months, we have pushed through, because we knew our collective strength could will this day to happen.

Shortly after the 2018 midterm election, in which young people voted in historic numbers and were credited with helping pass the first major gun-control legislation in the House in 25 years, we submitted a formal complaint to the New York attorney general’s office. In that complaint, we charged that the NRA was self-serving, corrupt, and its fraudulent business practices had given rise to political apathy that kills 40,000 Americans each year by gun violence. We knew then, like we know now, that lasting change requires agitating the system from the outside — through the nation’s largest gun violence prevention protest — and by working within it to strategically dismantle the bigotry, racism, and corruption that fuel the epidemic of gun violence in this country. (A great leader once called this “good trouble.”)

Since then, we've marched, we've organized, and we've strategized. We grew bigger and more intersectional along the way. Some of us are survivors of the Marjory Stoneman Douglas High School shooting in Parkland, Florida. Others of us experienced personal loss from gun violence in systemically under-resourced Black and brown neighborhoods across the country. And we recognize that we are not alone, nor were we the first in this fight. Communities all across this country, particularly Black and brown ones, have been fighting to end gun violence for decades. Countless others know what it's like to grow up fearing for our lives every day. Dissolving the NRA would not end gun violence, but it would bring us closer to that goal.

Attorney General James' announcement was the answer to our demands of, “Enough is enough” and “Not one more!” But the reality is that this movement for peace, social justice, and an end to gun violence is far from over. This legal battle alone could take years to play out, according to The New York Times. But today we woke up energized that our activism is working, and to start a new chapter for March For Our Lives. Our generation can’t wait and shouldn’t wait to achieve change. That’s why we're calling on young people all across the country to engage, participate, and vote. We can use our power to create an America free from violence. The fate of our country lies with us.

Kelly Choi and Bria Smith are board members for March For Our Lives, a national, youth-organized nonprofit that works to end gun violence. Serena Rodrigues is the organization's Florida director.

More like this
Why Eurovision 2023's Host City Won’t Be Revealed For A While Yet
By Sam Ramsden and Rachel Mantock
What The Lionesses’ Win Really Means For The Future Of Football
By Angelina Kelly
A Political Thriller Inspired By The Munich Massacre Is Coming Soon
By Darshita Goyal
Are John Legend & Kanye West Still Friends? The Singer’s Latest Update Is Candid
By Brad Witter
Get Even More From Bustle — Sign Up For The Newsletter