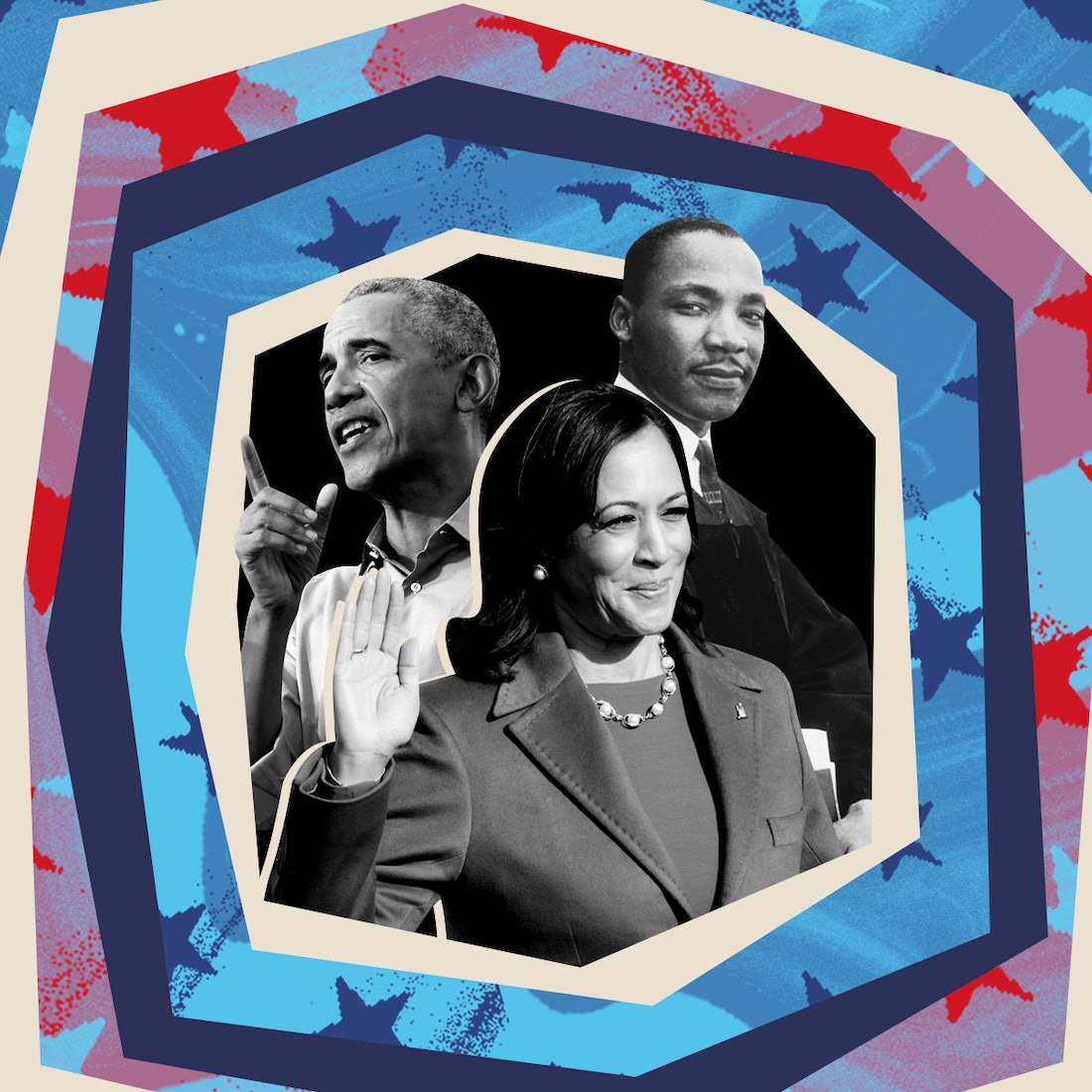 And Wednesday’s inauguration was peaceful. Thank goodness. An uncomplicated transition of power in which now-President Joe Biden addressed the nation saying, “Today, we celebrate the triumph not of a candidate but of a cause, the cause of democracy. The people, the will of the people has been heard and the will of the people has been heeded.” There were echoes of Dr. Martin Luther King Jr. in the benediction led by Reverend Silvester Beaman and poem “The Hill We Climb” by Amanda Gorman, a fitting reminder that our country celebrated the work of King two days prior.

If Monday’s MLK Day had a theme, it was to undo the Dr. King of white America. On social media, Black people posted quotes, and clips from speeches, to offset the myth that King was a passive man whose only dream was to see his kids grow up judged “by the content of their character.” White people love that quote. Especially racists. They love to lob it back at us in order to say our empowerment denigrates the story of our most venerable Negro. As if lobbying and organizing, protesting and policymaking, played no part in King’s agenda. They treat the holiday as a day of white comfort, posting platitudes about nonviolence. “Dear White People,” the Black internet said with resounding clarity, “Stop using Dr. King as an example of peaceful protest. You shot him too.”

When King died in 1968, he was one of the most powerful men in America — and the most hated. In the words of his daughter, Dr. Bernice A. King, “many who quote him now and evoke him to deter justice would likely hate, and may already hate” the man he authentically was.

Growing up, MLK Day was a reminder that Black people who spoke out in America risked being silenced by violence. “Oh that poor man,” my mom said as we watched the news together back in 2000, the day Colin Powell announced his possible presidential run as a representative of the Republican Party, “that poor man is going to be shot.” My mother was 14 when King was murdered, and had seen her own father murdered the previous year. She couldn’t imagine a world in which a Black man could run for president and survive it.

I was living in Harlem during President Obama’s 2009 inauguration. I didn’t go out and celebrate, in part because I was afraid I wouldn’t get back home alive. My years of growing up as a Black American, a Kentuckian, had convinced me that if there was ever a time for white supremacists to declare war upon our joy — upon our gorgeous, ebullient hopefulness — that day would be it. I was wrong. About the day. But not the next eight years. The relentless tallying of Black people killed at the hand of the police, a permissible, pervasive Black death in my social news feed, sent me into deep waves of despair. They weren’t going to shoot the first Black president — the most powerful man in America. They were going to shoot all the rest of us, all of us Black people who weren’t.

My mother was 14 when King was murdered, and had seen her own father murdered the previous year. She couldn’t imagine a world in which a Black man could run for president and survive it.

When President Trump was sworn in, on a platform of racism, fascism, and hatefulness, with white people rallying behind him, I stayed in bed most of that day. I called in sick. I went into the office the next day, seeing in my colleagues not people but percentages, knowing more than half of white America was comforted by his presence in the Oval Office. “We must face the hard fact that many Americans would like to have a nation which is a democracy for white Americans but simultaneously a dictatorship over Black Americans,” Dr. King said in 1967. His words could not have been more evident for me than on the day that 45 took office.

Except for, perhaps, on the day that white supremacists stormed the Capitol earlier this month. Again the lives of those who rally for freedom were in grave danger, especially progressive women of color. Rep. Alexandria Ocasio-Cortez had a “very close encounter” with death, and feared her Republican colleagues might “create opportunities for [her] to be hurt or kidnapped.” While attempting to gather gas masks and flee for safety, Rep. Ayanna Pressley realized that, in the time leading up to the insurrection, every panic button in her office had been torn out.

But I wasn’t filled with terror as I watched a riotous mob of white people desecrate Capitol Hill. I was filled with a strange happiness. I was a witness to an undeniable spectacle of how impotent America has grown in its brutality. That Trump supporters would resort to anti-democratic violence to dampen the voice of the oppressed made it clear that, as King put it: “…the price that America must pay for the continued oppression of the Negro and other minority groups is the price of its own destruction.” Those who oppose freedom oppose America, and they will not be on the right side of history. Poet Amanda Gorman laid this out so elegantly in her inaugural poem: “While democracy can be periodically delayed, it can never be permanently defeated."

When President Joe Biden and Vice President Kamala Harris were sworn in yesterday, I can’t say I felt this fight was over, but I can say I felt deep relief. The fight is different now than I believed it to be in 2000, in 2009, in 2017 — or even on Jan. 6, 2021. It’s not about protecting ourselves from white supremacy. It’s about stopping it. As Dr. King put it in his oft-misquoted “I Have a Dream" speech, we are coming to cash our check. Yes — Dr. King said, CASH OUR CHECK. That promissory note that all Americans would be granted the inalienable rights of liberty; “a check that will give us upon demand the riches of freedom and the security of justice.” We did that thing. We showed up this year to America the (voter) bank and demanded it show us a democracy. And we’re not gonna stop until that check is paid in full.