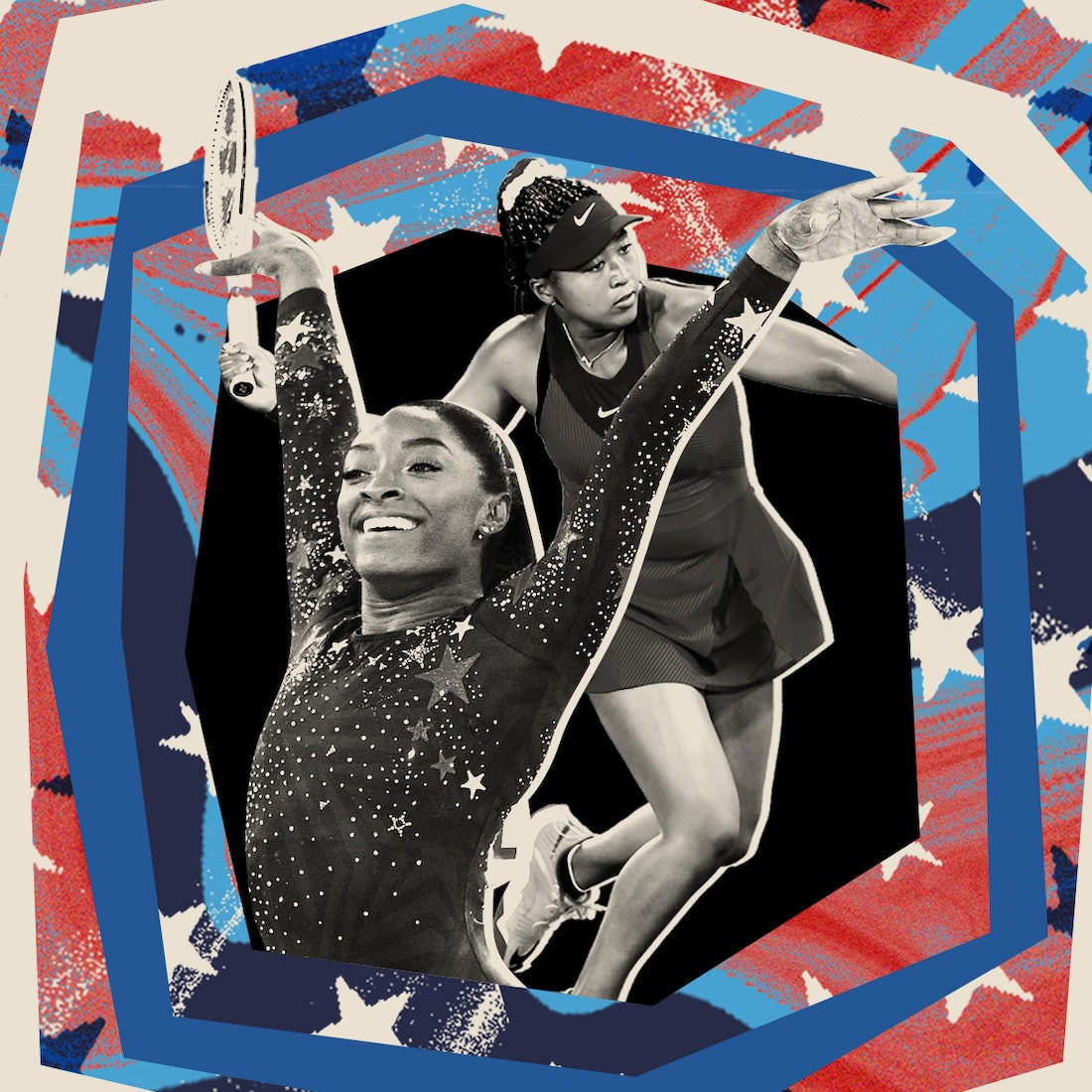 Now that Simone Biles and Naomi Osaka have given us the chance to stan their stance on mental health as well as their elite athleticism, I hope we will finally leave these young women alone. As tempting as it is to turn them, once again, into spokeswomen for an important cause, we need to recognize that they didn’t want this outcome. These women took a step back from media attention and competition because we demanded too much of them in the first place.

I understand the urge to fill the feeds with our hot takes, to use their stories to champion women in the workplace and the revolutionary power of rest, but as tempting as it is to see your own expanding job description in Naomi Osaka's burdensome press obligations or your own burnout in Simone Biles' “twisties,” when two superstars in their 20s are stepping away from the spotlight, the biggest cultural crisis it’s indicating is that these women need a break. They are not doing this for us. They are doing it for them.

The intensity with which we pick apart women athletes doesn’t support their greatness.

Male athletes who dominate the sports landscape, after all, are evaluated primarily as athletes, even if they have a bad personality, even if they have a bad day. “Pressure is a privilege, my friend,” tennis player Novak Djokovic remarked after Biles withdrew from the women’s gymnastics team final, when a reporter asked him to talk about how he copes with pressure. He was quoting tennis icon Billie Jean King. But unlike Djokovic, King qualified her statement with “usually.” Her famous quote acknowledges something about Biles and Osaka that Djokovic fails to: that it’s OK to acknowledge when the pressure increases to the point of no longer motivating you to succeed. Women athletes — like King, Biles, and Osaka — are scrutinized for so much more than their athletic performance. Everything is up for coverage and comment, from their politics to their nail polish color. Talented athletes are great at performing under stress, but the intensity with which we pick apart women athletes doesn’t support their greatness.

Being a superstar allows white male athletes like Djokovic to be admired simply for competing. He doesn’t have to be a role model beyond how he performs on the tennis court. For Biles and Osaka, everything they do gets analyzed for some bigger meaning, including their choice to take a step back from competition. I’d like to see any of us carry this expectation better than they have.

Just to be petty, Djokovic lost in the Tokyo semifinals last week. Despite all his tips for coping with the privilege of pressure, he threw a tantrum, smashing his racket, and later withdrew from his mixed doubles match, citing a “shoulder injury.” But Djokovic’s breakdown is getting little play in the news, especially compared to the relentless coverage of Biles’ and Osaka’s withdrawals from competition. Unlike Djokovic, they hadn’t lost. They simply decided that competing through exhaustion or disorientation wasn’t for them, and in Biles’ case, could cause her grave physical injury. That is an important thing for athletes to feel entitled to say.

I remember watching the brilliance of Dominique Moceanu’s floor routine to “The Devil Went Down to Georgia” at the 1996 Olympics as a girl, live on TV. Moceanu’s tweet in support of Biles’ stopped my heart. She posted a video of the head injury she took on the balance beam moments before she landed her fan favorite floor routine. Her take on sticking it out through the pressure was this: “I was a 14 y/o w/ a tibial stress fracture, left alone w/ no cervical spine exam … [Biles’] decision demonstrates we have a say in our own health… I NEVER felt I had as an Olympian.” Moceanu retired from gymnastics four years later, at the age of 18. At 24, Biles’ career has already lasted longer than athletes in her sport who had less agency. And she isn’t done.

Let’s recognize the toll our expectations put on them by giving them space to rest, without comment or consequence.

Biles and Osaka both chose to prioritize their agency over what we expect from them as elite athletes, and that doesn’t make them more or less great. We’re having the wrong conversation. This is about longevity.

In Tokyo, Simone Biles won Olympic bronze today. I couldn’t be happier for her. Not because she won, but because she got to do it her way. In a press conference, she made the following statement:

“Mental health should be talked about a lot more, especially with athletes because we’re always told to push through it but, at the end of the day, we’re not entertainment. We’re humans. And there are things going on behind-the scenes that we’re trying to juggle on top of sports.”

I hope the media, pundits, and sports fans can hear this. It’s time for us to give these women a beat so they can go back to their lives. Biles and Osaka have been graceful and intelligent spokespeople for change — Biles taking on sexual abuse in gymnastics, Osaka supporting Black Lives Matter on and off the court. Let’s recognize the toll our expectations put on them by giving them space to rest, without comment or consequence. We’re seeing more women athletes advocate for themselves and for others, so that our communities can stay healthier longer. Because Biles and Osaka are caring for themselves, we will benefit from their leadership as both athletes and role models for years to come.

We just don’t need to do that now.

CLARIFICATION: This column has been updated to include Simone Biles’ participation in the beam finals at the 2021 Olympics in Tokyo and her bronze medal finish in that event.