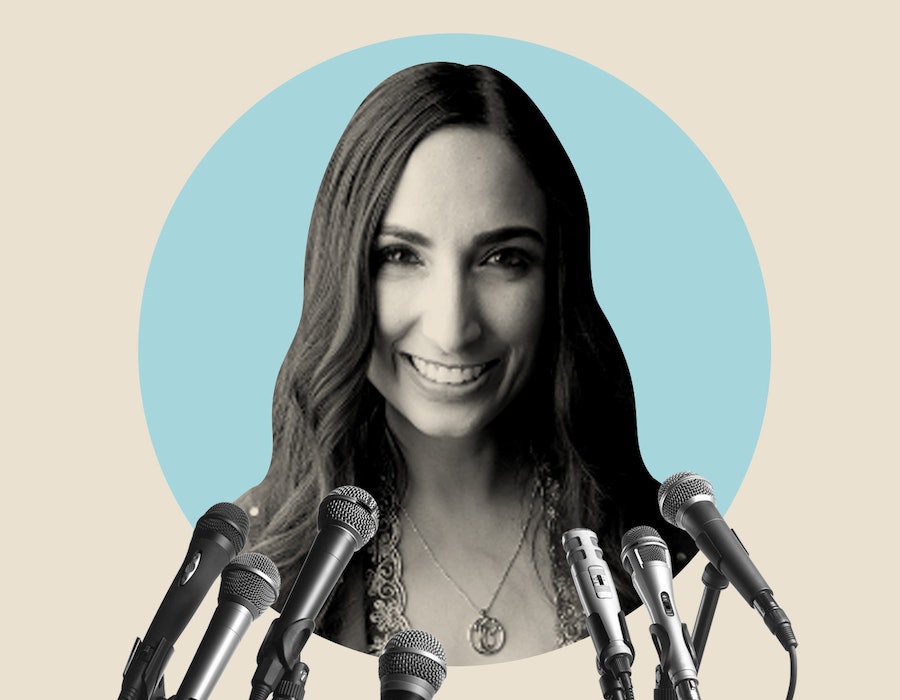 Valarie Kaur remembers the first time she heard a racial slur. She was about the same age as her son is now, 6 years old, growing up in the farm town of Clovis, California. “Get up, you black dog,” a boy said to her in the schoolyard. Kaur, a California native and Sikh American, had never considered herself different before. Besides, her family had settled in the United States more than a century prior. But in that moment, she felt a seedling of self-doubt. Did she belong here? Kaur turned to her grandfather. “He would tell me stories of sages, warriors, poets, and martyrs, who, despite darkness and oppression around them, insisted on courage and love,” she tells Bustle.

Nearly 20 years later, that framework was put to the test. Kaur was starting her junior year at Stanford when the World Trade Center was attacked. Shortly after, hate crimes against Sikhs grew alongside Islamophobia in the United States, as Sikhs were sometimes mistaken for Muslims. In the month following the attacks, the Sikh Coalition recorded 300 cases of “violence and discrimination against Sikh Americans.” The first documented revenge killing in the wake of 9/11 was a close family friend of Kaur’s, named Balbir Singh Sodhi. “I called him uncle,” she says. “He was shot in the back by a man who called himself a patriot, [and] that moment turned me into an activist.”

Now 40, she’s dedicated her career to confronting hate, writ large. As a lawyer, she’s fought for civil rights and policy change; as an activist, she’s performed a viral TED-talk and gotten celebrities like Ani DiFranco to spread her message through song. Today, she’s releasing the paperback edition of her 2020 memoir, See No Stranger, which explores the concept of “revolutionary love,” which Kaur defines as “the choice to labor for others, for our opponents, and for ourselves in order to transform the world around us.” How would revolutionary love apply to the playground bully? “The wise woman in me [would now say], ‘We need this little guy. … We just don't need [him] in charge,’” she says.

Here, she talks to Bustle about how to live with love at the forefront.

Tell me about the meaning of your book’s title. What does it mean to “see no stranger”?

I'm inviting people into a new way of being and seeing that leaves no one outside of our circle of care. [It’s about] training to see anyone we meet as a sister, a brother, a sibling, [or] our own child. What if we saw George Floyd as our brother, or Breonna Taylor as our sister, or a migrant child at the border as our own daughter? What if we saw the women trying to climb onto the airplane in the airport at Kabul as our own mother?

You write about applying this mindset to opponents and even to people who act in hate. What’s your advice for people who might find that difficult?

It's all about timing. If you have a knee on your neck, it is not your role to look up at your opponent and listen to them or love them. Your role is to stay alive. But if you are safe enough and brave enough to reach out to those opponents, then we need you now.

There is no such thing as monsters in this world. There are only human beings who are wounded. That doesn't make them any less dangerous, but once we see their humanity, then we can shift our attention to the cultures that radicalized them, the institutions that authorized them, [and] the contexts that allow them to keep doing what they do.

In social justice work, change can be frustratingly slow. How do you manage that frustration and keep moving forward?

[In the years after 9/11], I thought, “OK, with every film, with every lawsuit, we are going to make the nation safer for the next generation.” All of that came to a head when I became a mother and saw hate crimes skyrocketing in the 2016 election year. [After] tucking my son into his crib at night, I would break down, realizing that my children would grow up in a nation more dangerous for them as Sikh children than it had been for me. I had an all-out crisis. I left my job at Stanford Law [as a fellow at the Center for Internet and Society]. I began to ask myself, what really creates change? That was my reckoning moment. That's when I realized, “Oh, I might not see this in my lifetime. My children might have to fight the same fight.”

And honestly, what helped [was] to turn to Black women and Indigenous women, to sit at their feet and learn about how to find longevity and resilience in the struggle and how to labor for a future we might see.

And how do you stay positive through that journey?

I don't often use the word “positive,” because the way that I’ve found longevity in the struggle for justice is to embrace my grief [and] honor my rage. That gives me the emotional resilience to be able to show up for the next day's labors with joy. I used to feel guilty about feeling joy amidst so much suffering, but now I understand that joy is our lifeblood. Joy returns us to everything that is good and beautiful and worth fighting for. Joy gives us energy for that long labor.

Who do you turn to for advice or support?

It was always my mother but now, believe it or not, it's increasingly been my 6-year-old son. [On] the day he heard his first racial slur, he was 4, and he was sitting on the shoulders of my father. They were waiting for the ferry at the marina. An irate woman turned to them and said, “Go back to your country.” My father was hard of hearing and had to have my son tell him what the lady had said. They came home totally shaken. I was shaken.

So I was putting my son to sleep that night. I thought he was asleep, and my mind was just racing, right? Suddenly [he says,] “Mommy, I not hear you bweathing! Bweathe and push, Mommy, just bweathe and push.”

Oh my gosh! That’s so powerful. So, I’m curious, what’s the best advice you’ve ever gotten?

It wasn't spoken advice, but it was a thing my mother taught me. When I [had] my son, and he was placed on my chest, I began shaking and sobbing. I felt that rush through my body, and I thought, “Oh, this is love.” And while I was having that experience, my mother next to me opened her bag and took out her dal to feed me, like feeding her baby as I'm feeding my baby. I’ve always found that love is more than [just] a rush of emotion. I mean, the falling [in love] part is delicious and everyone should experience it, but love — the deepest meaning of love — is what she was showing me. Love is sweet labor.

More like this
Chelsea Clinton On The Best Advice She Ever Got From Her Mom
By Brianna Kovan
10 Must-Read New Books Out This Week
By K.W. Colyard
Romance Authors Are Mobilizing For Reproductive Rights
By Natalia Perez-Gonzalez
The Miraculous Real-Life Thai Cave Rescue Mission Still Resulted In 2 Deaths
By Brad Witter
Get Even More From Bustle — Sign Up For The Newsletter