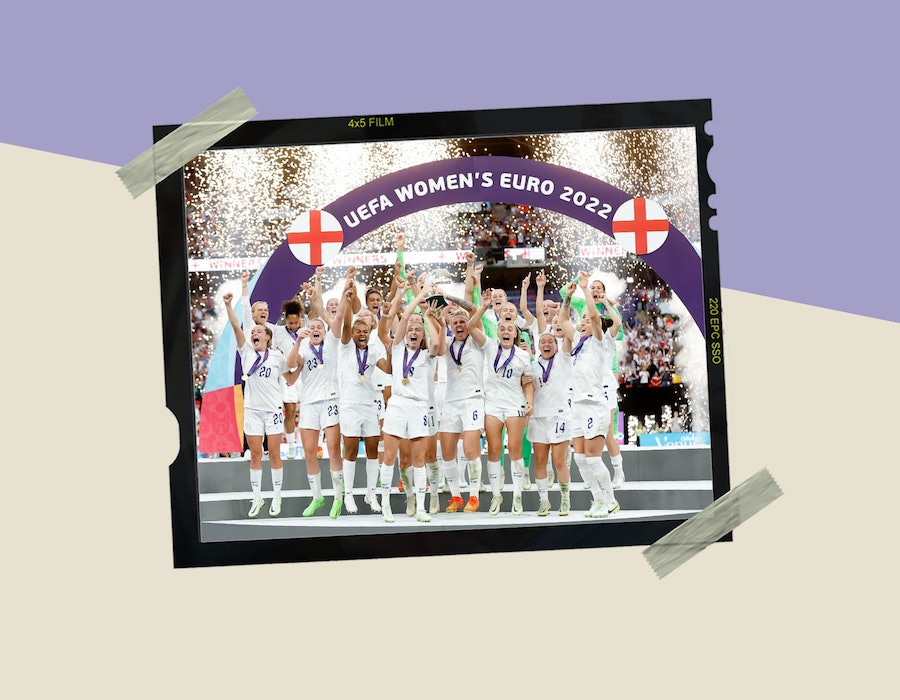 After years of disappointment and heartache, it’s finally home. Sarina Wiegman and her Lionesses have won England’s first major trophy since 1966, and were crowned European Champions after a nerve-wracking match on July 31.

A record number for attendance at any women’s or men’s European final, the most watched game in women’s football history, England scoring the most goals in a tournament. Which all sounds fantastic, right? And it is, but how do we ensure that this tournament wasn’t just another false start in achieving mainstream recognition for women’s football, and that there will be a true legacy that stretches beyond what has just been achieved?

To say it’s been a testing journey for the sport is an understatement. Going back 101 years, women’s football was actually more popular than men’s, yet somehow the Football Association banned all women’s teams from playing on association-affiliated grounds as the game was “not fitted for females”– their words, not mine. But the women of the 20th century were not going down without a fight. While many teams disbanded, some found alternative venues and continued, and in 1969 the Women’s Football Association was born. By 1971, the FA came to their senses (50 years too late) and officially lifted the ban. In 1984, England reached the European Championship final. Eight years later, the Women’s Premier League was born, which has since evolved into the Women’s Super League. However, the sport has continued to hit a brick wall thanks to insufficient funds and not enough support at grassroots level, with England’s WSL only becoming fully professional in 2018.

Supporters of the game have been hoping for a change for a while now, though attempts to raise the sport’s profile have been largely unsuccessful and, frankly, disappointing. One of the most anticlimactic moments came in 2012 when Team GB finally fielded a team for women’s football at the Olympic Games (despite it being an Olympic sport since 1996). People assumed that the 70,584 fans that filled Wembley to watch Team GB women beat Brazil signaled a huge turning point for the game. But a lack of consistency (there was no team at Rio 2016, for instance), paired with continuing issues in domestic leagues (such as clubs collapsing and a lack of professionalism), meant that the success never truly translated. That is, until this year’s European Championship – and this weekend’s monumental win.

What The European Championship Win Means For Women’s Football

What Euro 2022 has proven is that with the right support, funding and visibility, a women’s tournament can be just as successful as any men’s tournament. Now, the success of the Lionesses and the inspiration they have given girls across the UK has to be capitalised on in order to protect the legacy of these Euros. We can’t have another London 2012.

The focus has been on England and their success, and rightly so, but there’s been progress across the rest of the UK, too. While Northern Ireland might not have made it out of the group stage at Euro 2022, but qualifying for a major tournament for the first time is a huge achievement, too.

Scotland were unfortunate to not feature this year, but they have qualified for the Euros and a World Cup previously; and though Wales are yet to qualify for a major tournament, there’s no question that there is potential there. All three nations have domestic leagues, so the support that the Lionesses and English football clubs are receiving needs to be shared.

What Needs To Happen Next

With a new season of England’s WSL just weeks away and the World Cup next summer, the powers that be need to take the lead. To drive things forward, we also need to see an ongoing interest in the game. Luckily, that seems to be exactly what is happening – people are desperate for their next fix of women’s football.

This week, the FA announced that England will play against the U.S. at Wembley in October, which led to an FA website crash and fans being held in queues online of more than 45,000 people. Elsewhere, Brighton Hove and Albion Football Club have reported a 249% increase in the number of women’s football season tickets sold compared to the same stage last season; while searches for Manchester City games rose 3,000%.

Having more faces at domestic games will be key to keep the profile of the sport high – but, how does this work in practice? Well, tickets do need to be more accessible and the timing of matches is also important. The likes of Manchester City versus Arsenal – which will feature Euro 2022 heroes such as Leah Williamson, Beth Mead, Kiera Walsh, and Chloe Kelly – have a kick-off time of 7 p.m., but most women’s games are still scheduled for the afternoons. Limiting evening games to the big hitters is simply not good enough.

Then, there’s the discussion of stadiums. The fact that Wembley and Old Trafford were pretty much filled to capacity for games during the Euros shows that drawing crowds is achievable. But, so far, only two clubs – Leicester and Reading – have all of their WSL games at the same stadium as the men. Manchester United’s women play at a ground that is actually home to a rugby league team; and despite Arsenal being one of the most successful clubs in women’s football history in England, they have the second smallest capacity in the league of 4,050 at Meadow Park.

There are already plans in place to change this, though. Arsenal are set to play some of their biggest fixtures, such as their Champions League games, at the Emirates Stadium. And Manchester City have already announced that they will play the Manchester Derby at the Etihad. There will be other clubs that follow suit, but are a few games each season enough? Here’s hoping for more.

The Future Of Women’s Football In The UK

Then there’s the next generation. With a rise in interest in football among young girls, the FA are pledging that by 2024, 75% of schools will provide equal access for girls to play, and 75% of all grassroots clubs will offer a girls’ team. If achieved, this could be the true legacy of the Euros – it would mean that for the next era of Lionesses, the opportunities will be greater than for any of the girls who came before them.

This weekend’s victory is more than just football coming home. It’s a virtual pat on the back for every single female footballer that worked a full-time job and then drove for hours to get to training, that played with poor facilities, that played for free, that suffered abuse for wanting to play. It’s a pat on the back for the EURO 2009 England team who lost the final (to Germany, of all teams), a sign that despite their heartache, their efforts were not forgotten.

There’s so much potential for women’s football, potential that’s been waiting in the wings, biding its time. Seeing thousands of young girls chanting for female footballers and seeing women be respected in such a huge arena has had an impact that reaches beyond the sport itself. Thanks to the Lionesses and their legacy, I am looking at the sport with real optimism and hope that finally, true change is on the horizon.