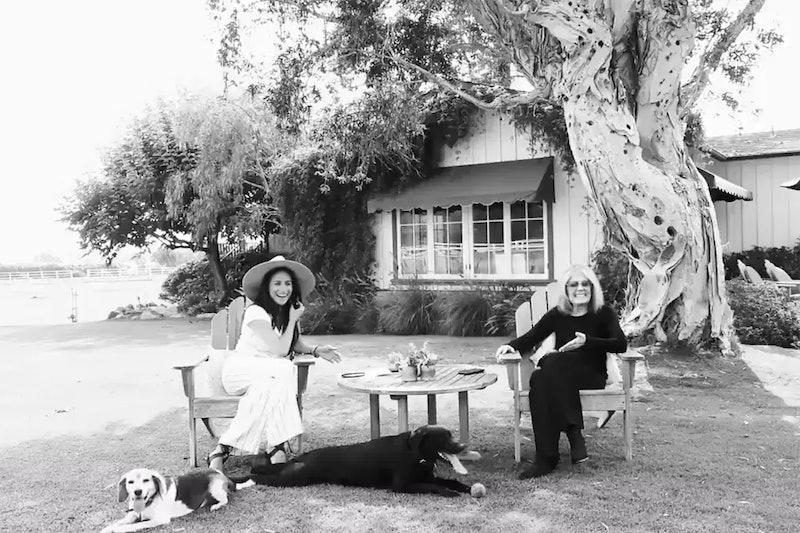 Let's be honest: whatever Meghan Markle wears, we want it. Whether it's an £11 mask by Black-owned NYC brand Royal Jelly Harlem, or her favourite golden claw earrings, most things she wears sell out within an instant. In her latest appearance on social media, Meghan wore a gorgeous wide-brimmed summery hat that is sure to send her fans wild. These five straw hats like Meghan Markle's will allow you to channel her look with ease.

Meghan appeared in a video alongside feminist icon Gloria Steinem in what appears to be her own back garden at her LA home (her dogs turn up at one point!). While the full conversation (created by the Makers platform) will be released tomorrow (August 27), the preview clip online shows the pair talking about the importance of voting in the upcoming U.S. presidential election in November. “If you don’t vote, you don’t exist,” Steinem says at one point. “It’s the only place where we’re all equal, the voting booth.” Hear, hear.

Not only are fans obsessed with her appearance alongside one of the greatest feminists of our time, they're also super into Meghan's outfit, which consisted of Anine Bing trousers, Stella McCartney sandals, and a straw hat by Janessa Leone, according to Vogue.