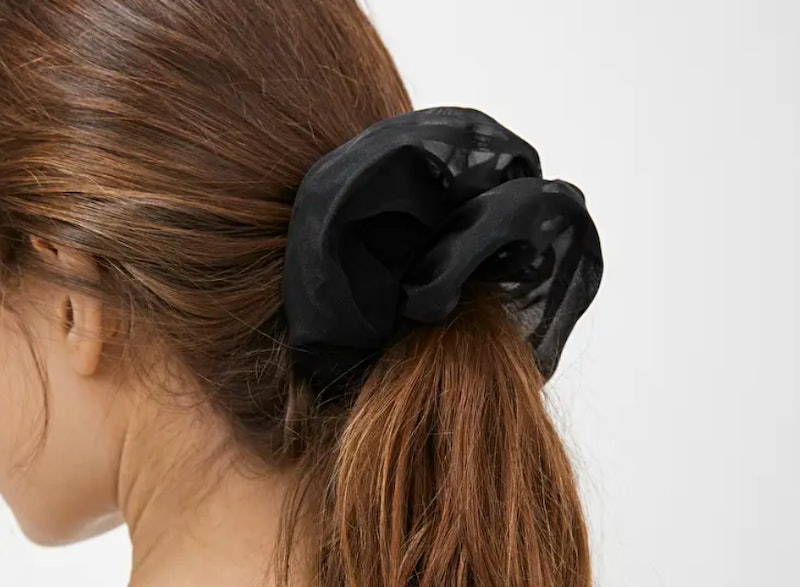 Scrunchies have not always been cool; I'll give you that. But trust me, the modern take on scrunchies has totally revitalised the humble style, making it officially cool again. In fact, there are plenty of ways to style a scrunchie in 2020, despite its iffy past.

Remember that scene in Sex And The City, where Carrie mocks her current boyfriend Berger (yes, the one who broke up with her on a post-it note) for writing about a New York woman who wears a scrunchie in his novel? "No women who works at W-magazine and lives on Perry Street would be caught dead at a hip downtown restaurant wearing a scrunchie!" she exclaimed, much to the dismay of her apparently clueless partner.

Airing in the early 00s, that was a sign of the times. Scrunchies were considered naff, and were most associated with working out or your primary school days. But over the past few years the humble scrunchie has had a revival and it's now one of the coolest hair accessories of the moment.

Still not convinced? Here are five ways to wear your scrunchie, and an edit of the best options on the high street right now.