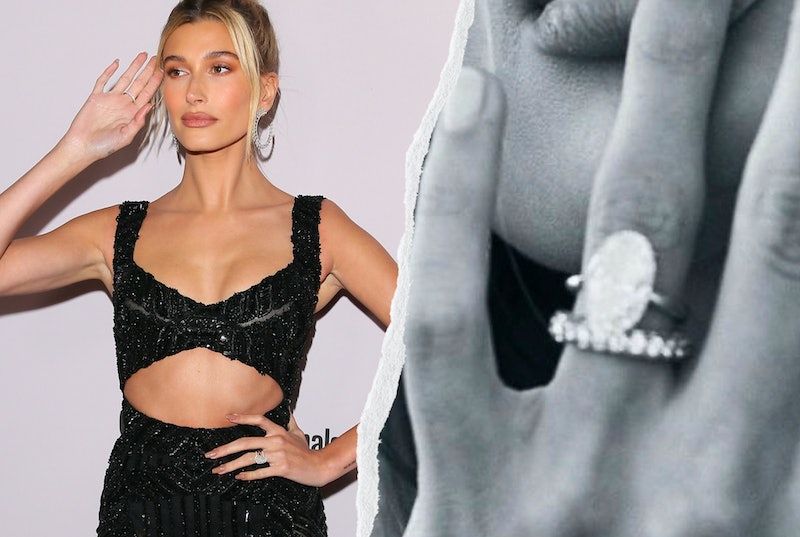 In September 2019, Justin Bieber proposed to then-girlfriend Hailey Baldwin with a giant, classic, ‘90s-inspired diamond engagement ring. It was simple yet head-turning and much like her ready-to-wear style, it was a total throwback to her childhood decade.

Bieber’s engagement ring was designed by New York City jeweler Solow & Co. and it boasts a single oval-cut diamond that has been widely estimated to measure between six and eight carats.

Post-wedding, Hailey Bieber added two Tiffany wedding bands that now flank her engagement ring — one round and one V-shaped — but the single stone engagement ring takes the cake.

Bieber’s ring is one of the largest trends of the 1990s, which fits effortlessly with her wardrobe of activewear, slip dresses, and mom jeans from the decade. It’s a large ring, to be sure, but there’s something so minimalist about an engagement ring that holds nothing but a single stone.

While ovals were one of the more popular solitaire styles of the ’90s when it came to engagement rings, brides-to-be opted for standalone stones that ranged from emerald-cut to round, brilliant to pear.