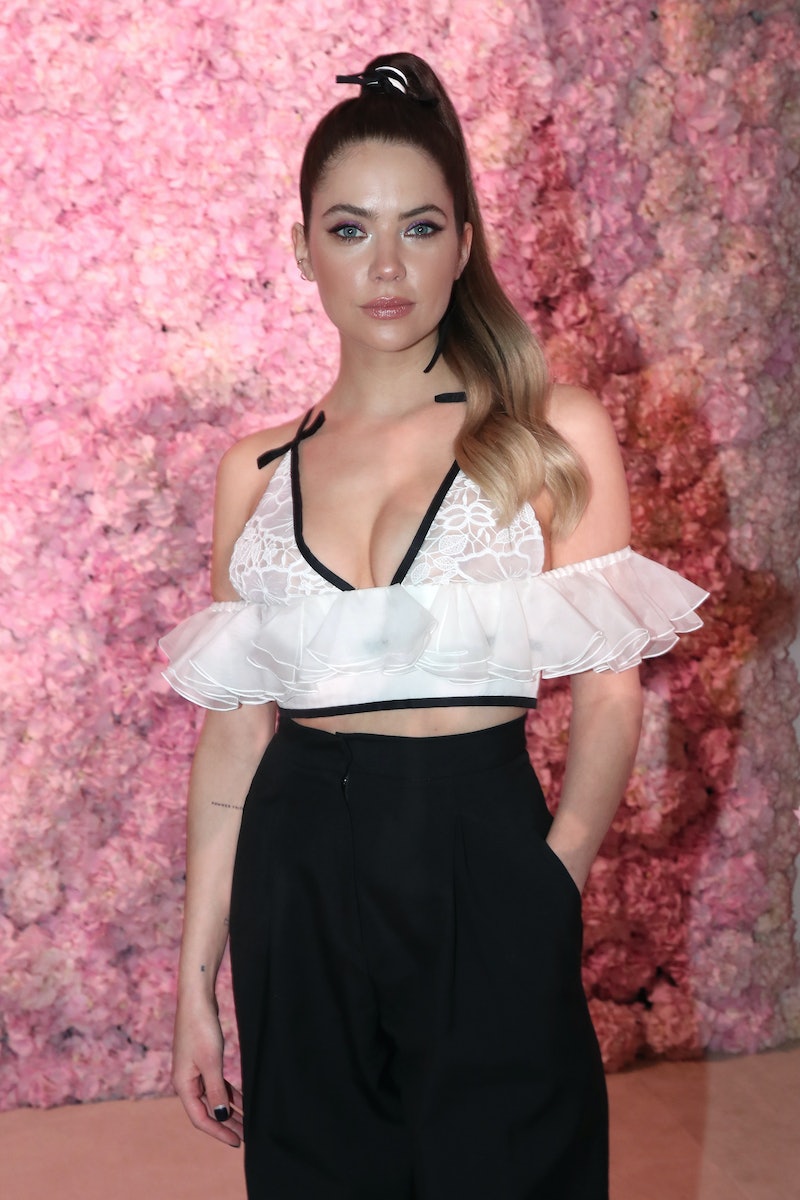 Another day, another mini tattoo in Hollywood. Ashley Benson's milkshake tattoo is the latest example of a celebrity opting for tiny bits of body art — and although the former Pretty Little Liars star isn't a stranger to getting inked, her newest design is one of her cutest yet.

In an Instagram story, Benson debuted the new tattoo, tagging artist Nene. The new piece has a retro vibe, depicting a milkshake piled high in a classic fountain-shop glass and topped with whipped cream and a cherry. A striped straw sticks out from the top.

Benson's new ink joins several other tiny tattoos, many of which are in tiny script. Although Benson didn't explain the meaning behind her latest piece, which sits just above her wrist and is joined by a tiny star and some script below, she's a noted fan of food-themed artwork. Tattoo artist JonBoy previously inked pommes frites in small lettering just below her elbow on her opposite arm, which suggests the milkshake could be a continuation of an existing theme.

Benson's not the only celebrity who has opted for food-themed ink: Miley Cyrus famously has a tiny avocado tattoo, and Benson's ex Cara Delevingne has the word bacon inked on her foot.