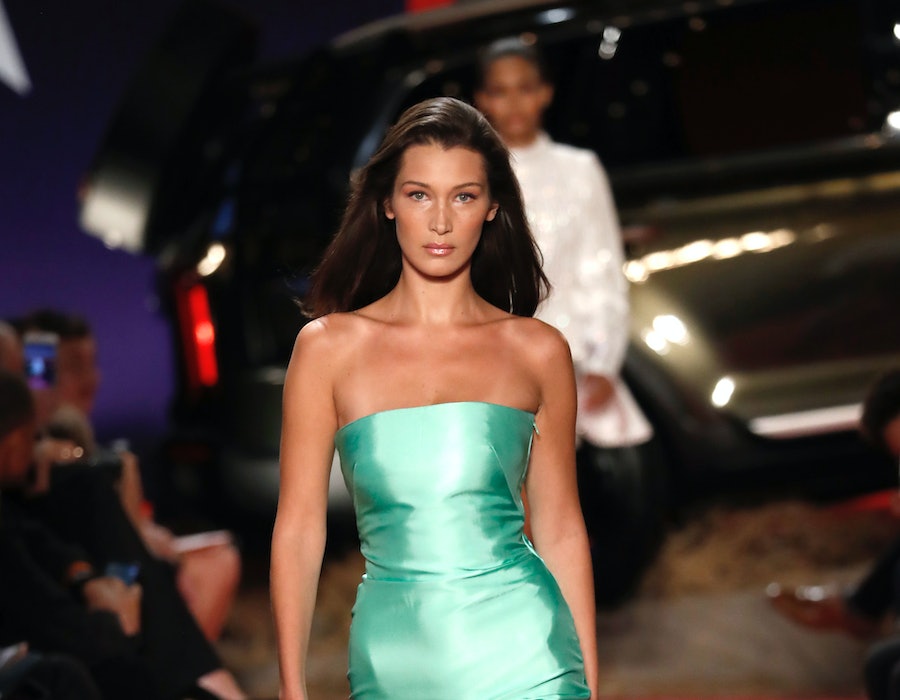 The latest Bvlgari collaboration just dropped, and it’s filled with limited edition leather goods that are equal parts sleek and fashion-forward. The Italian luxury brand partnered with Ambush’s Yoon Ahn on a capsule collection that’s part of Bvlgari’s ongoing “Serpenti Through the Eyes Of” series, which launched in 2017. Bella Hadid stars in the campaign for this latest iteration, alongside Ellen Rosa and Xiao Wen Ju.

“For this capsule collection, I wanted to express the bold and contemporary character of Serpenti,” said Ahn. “Snakes are wondrous and fascinating creatures of nature but with Bvlgari they also became a symbol of glamour in constant evolution. Natural beauty meets human creation, all guided by a contemporary aesthetic.”

The creative director and tastemaker tapped into vibrant colors, super soft shapes, and modern designs to help bring her artistic vision to life. Given the role that snakes play in this particular series, she was influenced by the Tree Python of Southeast Asia, a species known for its striking, artificial-looking colors and fascinating movements. That influence is clearly on display in the three new styles Ahn designed: the Serpenti shoulder bag, the Serpenti belt bag, and an Instagram-favorite, the Serpenti Minaudière. Each style features a camouflaged snakehead closure.

“To collaborate with a young powerful woman like Yoon is for Bvlgari an incredibly inspiring experience,” said Bvlgari’s Mireia Lopez Montoya. “The visionary designer has reimagined our icon of glamour Serpenti with her unbridled creative approach achieving an entirely unexpected result. Once more, the Bvlgari snake amazes and surprises.”

Ahn also brought an urban-glam touch to several accessories for the collection, including a heart-shaped coin case, three different credit card holders, and a three-coil Serpenti bracelet. The entire capsule is currently available to shop online.