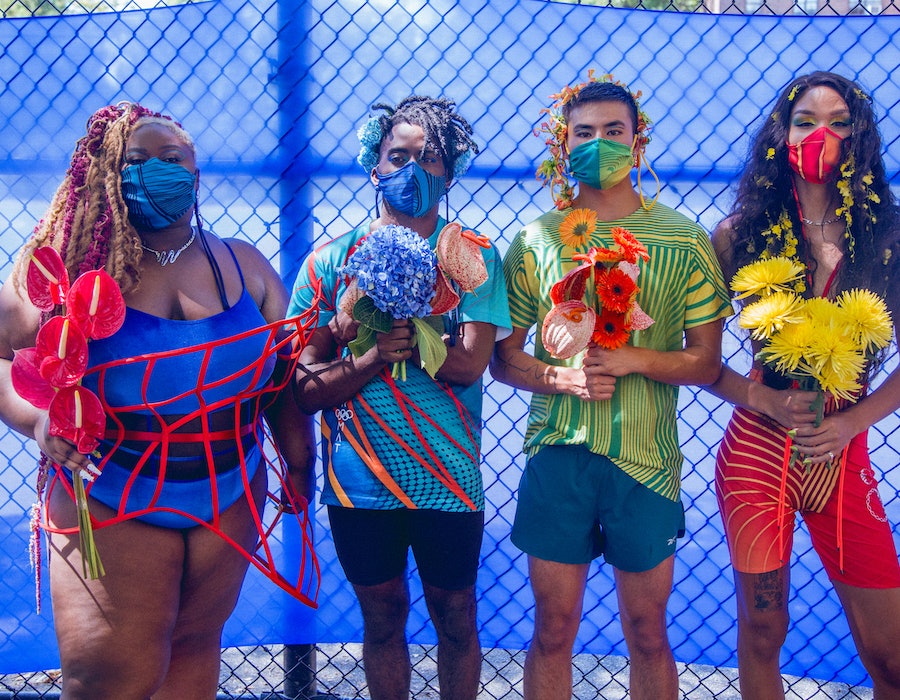 Becca McCharen-Tran is an innovator. The founder and creative director of futuristic bodywear label Chromat came onto the scene more than a decade ago, and she's been pushing the fashion industry forward ever since. Not only does she design for the likes of Beyoncé, Madonna, and Nicki Minaj, McCharen-Tran is a vocal champion for inclusivity in the industry in every facet from production to advertising.

“I’m most proud of the work that Chromat has done to change how people feel about and see themselves," McCharen-Tran tells Bustle. "We have always utilized our runways, campaigns, and any platform given to us to celebrate people who inspire us and people who have historically been excluded from fashion.”

While casting plus-size models, trans models, and Black models only recently became a priority for many brands, Chromat has been fighting for diversity for years. And for the designer, it’s very much a personal mission. “When I get DMs from people who are wearing their first bikini after years of not feeling comfortable or confident enough to do so, that feels like the best thing in the world,” she says.

For the Spring 2021 season of New York Fashion Week, Chromat presented a short film called Joy Run directed by the artist Tourmaline. The film continues the creative reimagining of athletics as a gender inclusive space, a vision that began with the Chromat Fall 2020 Collection.

“I’ve been a fan of Tourmaline for a while now and she actually slid into my DMs about a collab a while back,” McCharen-Tran shares. “She is the reason I know who Marsha P. Johnson is, and Tourmaline brings so much joy, care, and intention to everything she does. The process of working with her was so wonderful and almost felt like therapy because when we would reach a place where a decision had to be made, it was never, ‘What should we do?’ but ‘What would bring the most joy?’”

Indeed, joy is at the heart of the film, which features a diverse cast of models, including Chella Man, a trans and deaf artist; Maya Finoh, aka Savage x Fatty; Jerron Herman, an artist, writer, and dancer with cerebral palsy; and Maya Margarita, a non-binary trans femme artist. Lia Clay Miller photographed the campaign lookbook.

The collection featured activewear in signature shades of cobalt, turquoise, yellow and red, extending in size up to 3X. Reebok and Chromat continued their collaboration from February 2020, debuting 3 versions of the Instapump Fury along with matching face covers — Vector Blue, Solar Orange, and Emerald — available on Chromat and Reebok's respective sites.

McCharen-Tran refers to the film as a “demand” for trans, nonbinary, and gender nonconforming athletes to be able to freely compete in sports at all levels. In Joy Run, student athletes Andraya Yearwood and Terry Miller discuss their work as advocates for transgender girls’ inclusion in sports, the families they built on the track team, and the obstacles they faced.

"This is important to share widely and be loud and proud about this, and to get as much press for this as terf transphobes like J.K. Rowling gets for writing anti-trans propaganda," she says. “It’s not just about rejecting things we don’t need or deserve, but creating dreams of what we do.”