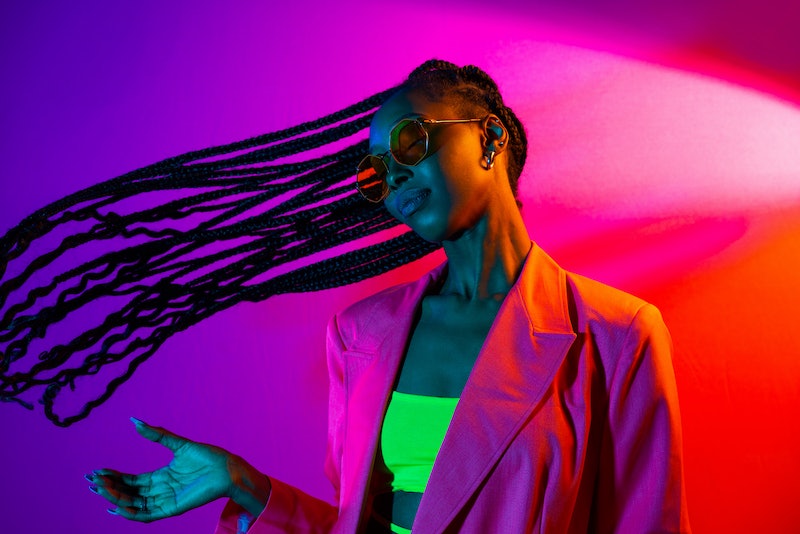 Protective hairstyles are a great way to keep natural hair healthy and provide you with so many options to change up your look. Box braids are a classic go-to — there are endless ways to style them. But it can also seem like they take an endless amount of time to install. One solution: crochet box braids.

Crochet braids refer to the way extensions are added to your natural hair (more on that later) and can be worn in a myriad of ways. Straight, curly, braided, twisted — they can look incredibly natural and are super versatile. (As an added bonus, the upkeep is pretty simple, too.)

If you’ve never ventured outside of the traditional box braid installation method, BEAUTYBEEZ braid stylists Geneva Fowler and Kayleena Johnson break down everything you need to know about crochet braids.

What Are Crochet Box Braids?

Crochet braids are essentially extensions attached to cornrows (or another style of braid) using a crochet hook. “Crochet braiding is just the way of adding extensions to one’s hair,” says Johnson. “As with a weave, crochet braids start with first cornrowing your hair and then applying the extensions to the cornrows.”

What differentiates crochet braids from a weave is that the hair you’re attaching is loose and not on a weft, she adds. “Instead of being sewn in, crochet hair is kind of looped under the cornrows with a crochet needle — essentially a hook — and secured with a knot,” she explains.

Fowler adds that instead of having individual braids — which can take much longer to do — you get your hair braided to the scalp and the faux braids are crocheted in. “It is a much faster process and also extremely versatile,” she says.

How Are Crochet Box Braids Installed?

Installing them is fairly easy. Fowler says that once your natural hair is in cornrows, you take a crochet hook and slip the fake hair under the cornrow and around in a loop to attach it. Repeat several times until you fully cover your head.

You can expect your crochet braids to last anywhere from two to eight weeks, depending on your texture, braiding style, and how well you care for them. (Johnson generally recommends keeping them in for only four weeks.) If you want to keep them in longer, she suggests getting a tightly curled texture as it’ll take more time for the curls to loose or frizz.

Before styling them, you’ll want to take good care of your crochet box braids first. Johnson says to treat them like you would your own hair. She says to always keep hair and scalp moisturized. “Some people pineapple their crochet braids, while others simply just cover them with a satin bonnet,” she says. “You may also braid the hair up into large loose braids then cover them with a bonnet or scarf.”

She cautions to not weigh braids down (both your own hair and faux locks) with product as it can build up easily and cause problems. Also, don’t wash too frequently as you might loosen the knots tying the braids to your hair.

With all that said, styling them is super fun because you can pretty much do whatever you feel like. “The possibilities are really endless since crochet styles can look just like natural hair,” says Fowler. Her personal favorite is the half-up-half-down but lists a long ponytail, a bun with extra curly pieces, or leaving it down as other ways you can style crochet box braids.

Johnson adds short ringlets, long waves, twist-outs with exposed cornrows, braided topknots, and bohemian braids as other ways you can style them.