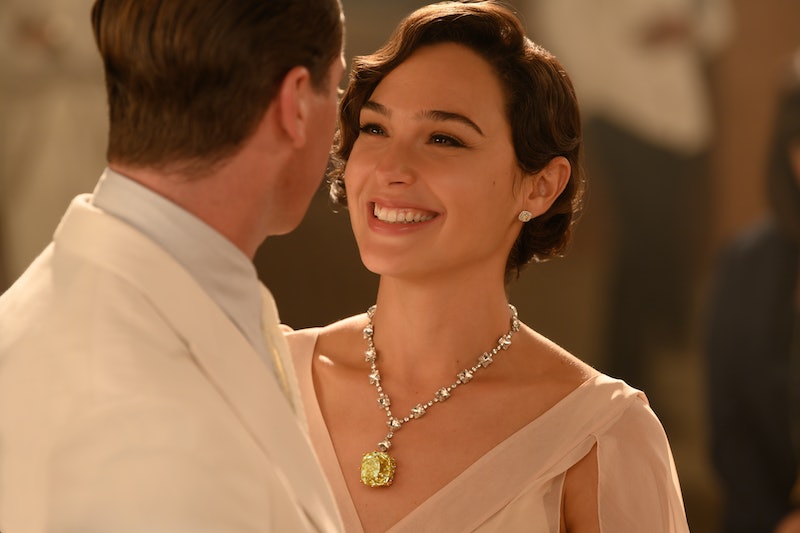 Agatha Christie’s Death on the Nile is coming to the big screen, directed by Kenneth Branagh and starring Gal Gadot, Armie Hammer, Letitia Wright, and more. And to aid in the 1930s-inspired visual, the movie is partnering with none other than Tiffany & Co. The timeless jewelry brand re-created massive pieces, leant a yellow and white diamond array seen throughout the film, and curated a collection that will be shown in a number of Tiffany stores throughout the world.

Perhaps the most massive endeavor is the re-creation of the iconic 128-carat Tiffany Diamond, which is the center of Gadot’s storyline throughout the film. The real version is perhaps most recently known for its appearance at the 2019 Academy Awards on the neck of Lady Gaga. And, though none is quite as jaw-dropping as that single diamond, Gadot dons a full array of other white and yellow diamond Tiffany & Co. jewelry throughout the showing.

Though the new film doesn’t come out until Dec. 18, you can catch glimpses of the jewelry worn by Gadot in the trailer below. And, when it does arrive, Tiffany will be curating a global selection of white and yellow diamond pieces to be sold alongside the film, just in time for the holiday season.

Watch the trailer for Death on the Nile below:

More like this
16 Black Designers To Know From New York Fashion Week
By Dominique Norman
Ruffles, Velvet, Puff Sleeves, And More Plus-size Trends At The 2022 Emmys
By Dominique Norman
Harry Styles’ Red Carpet Looks Have One Thing In Common
By El Hunt
Anne Hathaway Revived 'The Devil Wears Prada' In The Most Andy Sachs Way
By El Hunt
Get Even More From Bustle — Sign Up For The Newsletter