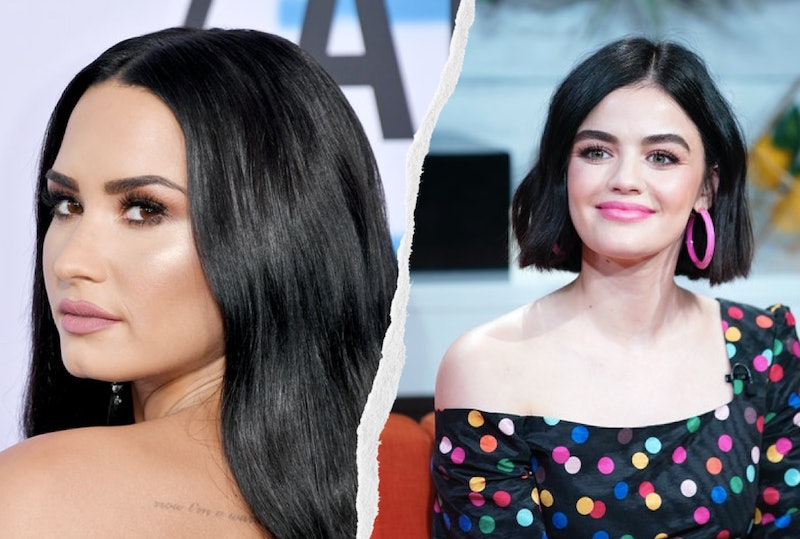 Move over, matching tattoos — getting piercings together, like Demi Lovato and Lucy Hale just did, may be the new trend among Hollywood pals.

In Instagram videos, Lovato and Hale took turns getting new piercings from artist Daniel Ruiz (aka Mr. Prick) that featured jewelry from EF Collection. For her new body art, Lovato opted for two new holes: one on each ear, just above her existing lower lobe piercings. The singer added two mismatched studs — one a star, the other a crescent moon — above her hoops.

Hale already has an impressive piercing collection, so it's hard to tell which holes are new, but in a video posted by Mr. Prick, the actor has a needle through the flat of her ear as she looks at the camera. And in a subsequent story posted by EF Collection, it appears that one of Hale's new holes is a diamond flat piercing. The former Pretty Little Liars star also added a new dangling piece on her upper lobe, although it's unclear if the piercing itself is new.

You can shop both women's piercings on EF Collection's web site. Hale's dangling piece is the Diamond Double Stud Prong Set Chain Earring, which retails for $595, while Lovato's studs are the Diamond Mini Moon & Star Stud Earring with a $500 price tag.