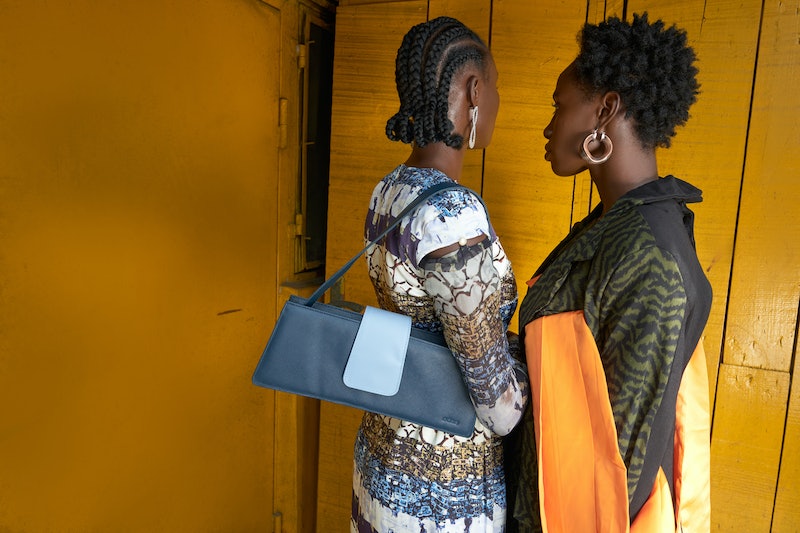 The Folklore, an online retailer that stocks contemporary pieces by African designers, is now reaching an even wider audience thanks to its latest collaboration with the luxury fashion platform Farfetch. The two companies announced the partnership in November with an initial drop of approximately 60 styles across women’s and men’s apparel, jewelry, and handbags. And there will be plenty more to come.

“It’s not just a one-time capsule collection,” Amira Rasool, founder of The Folklore, tells Bustle. “It’s a long-standing partnership where we are making sure these brands continue to have the visibility that designers like Gucci and Alexander McQueen have. Each season, we’re going to have new styles from the designers that we’ve launched with this season.”

Founded in September 2018, The Folklore has become recognized within the industry for its expansive offerings of luxury fashion and accessories from the African continent, but it’s not a typical digital marketplace. Rasool, who also works as a fashion journalist, weaves in her writing skills by profiling each designer she features on the site. (Rasool has contributed to Bustle.)

She says teaming up with Farfetch is a testament to the “awakening” that many people are having about racial inequality across all industries, including in fashion.

“They now want to be more intentional with how they spend their dollars, but you know, many retailers haven’t caught up to the temperament that’s on the ground,” Rasool says. “They haven’t caught up to the fact that people want to be able to go into their favorite department store and be able to purchase these brands. They don’t want to have to bend over backwards to find them.”

Kristin and Kofi Essel, the creative duo behind the jewelry line Third Crown, have their ornate, structural metallic designs featured on Farfetch as part of the collaboration. Now, their work is accessible to new consumers who may have been searching for them — or at least something like them — all along.

“We have been overlooked for so long,” Kristin says. “Luxury isn’t usually associated with Africa, although other luxury brands continue to be inspired by Africa and our culture. We exist and it is important everyone see that.”

Securing that visibility — and, ultimately, turning that into sales — is at the root of what drives Rasool to keep evolving The Folklore and looking for new ways to collaborate with industry heavyweights like Farfetch. And she encourages other companies and conglomerates to take note.

“When Farfetch was making plans to figure out how to increase the amount of diverse voices, they tapped into The Folklore, where we’ve been doing this for over two years now,” Rasool says. “We have the trust of the designers, we have the knowledge of what they need specifically, what their shortcomings are, what their advantages are. Make sure you’re not just going to any Black person within your company and expecting them to lead the way. There are people who have set up communities and businesses that can help connect you to creatives or designers.”