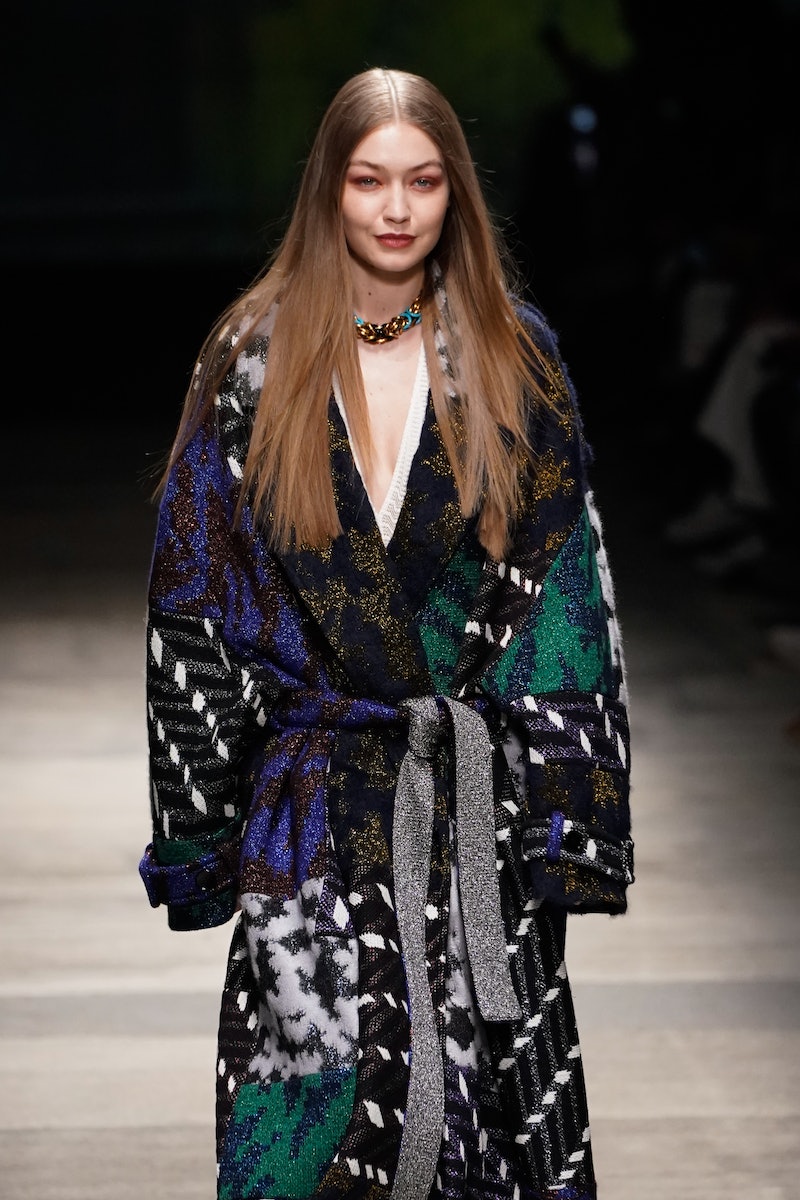 Red is turning out to be the it-hair color of 2021. Once top stylists declared that various red hues would trend this year, celebrity after celebrity began to join the auburn club. Hot on the trails of Sarah Hyland's transformation, Gigi Hadid's red hair has the supermodel rocking a fiery-fresh 'do.

On Mar. 5, the model and new mom debuted her freshly dyed hair on Instagram. "Surprise," she wrote as her caption, along with some red-themed emojis. It's quite a makeover, considering the fact that Hadid has had long blonde hair for years — but she went ginger just in time for a surprise jaunt down the Versace Fall/Winter 2021 runway show, where her red strands undoubtedly turned heads. Talk about a splashy return to Fashion Week.

"She is dedicated to everyone responsible for The Queen's Gambit," Hadid wrote on her Instagram Story, in reference to Anja-Taylor Joy's signature rogue hair. (Stars are just like us... they're inspired by hit Netflix shows!) Celebrity colorist Panos Papandrianos is the artist behind the ginger dye job, whose Instagram post is captioned, "Ginger for Gigi."

Though hairstylists previously told Bustle a number of reds, like rouge and deep red, would trend in 2021, ginger is definitely the shade of the moment. Hyland went for a gingery take on red, and now, with a style queen as influential as Hadid rocking ginger hair, prepare to see a major rise in redheads.