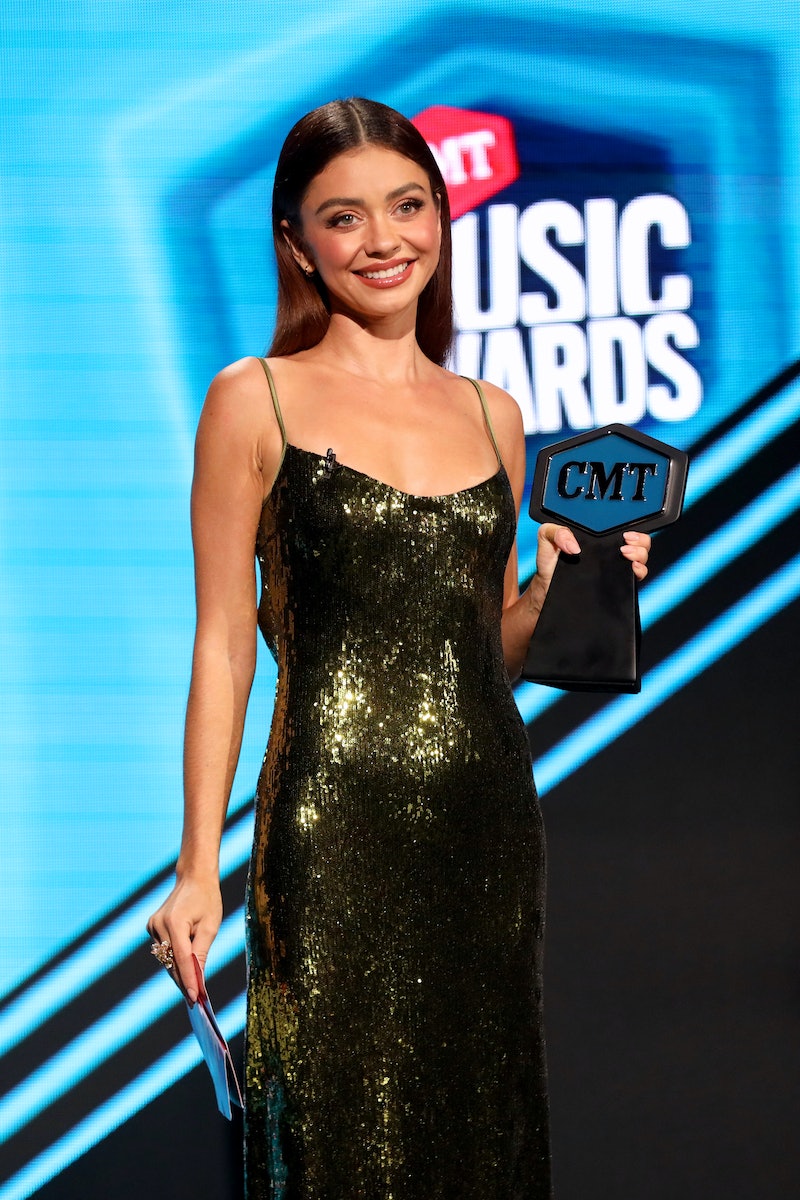 There's a new redhead in Hollywood. As of Feb. 24, Sarah Hyland's gingerbread-red hair transformation makes her an official member of the club — and not only does it look great, but the shade is one of 2021's biggest hair trends.

This isn't the first time that Hyland has gone red. Over the summer, the Modern Family star attempted to DIY pink hair during quarantine, but it didn't go as planned, and the finished look was more of a cherry-cola-colored hue (that still looked great). Now, though, Hyland's freshly dyed red has taken on a more ginger-based shade with brighter pieces of strawberry blonde running throughout the base for perfectly natural-looking highlights.

The look was created by Nine Zero One stylist Nikki Lee (who is also hot off the heels of switching up Hilary Duff's blonde for a cerulean blue shade). According to the colorist, Hyland's new look has been in the works for some time. "She's been wanting to do this change for a while, and we finally did it," said Lee in a statement. "It's perfect for her skin tone and adds a fun flair for spring." According to Hyland, the hair change was inspired by her most recent marathon watch: In the star's Instagram post that revealed her new color, she wrote, "Getting back to my Scottish/Irish roots. Also, I’m bored and watched all of Outlander for a second time."

Lee is right when she dubs Hyland's gingerbread hair a major moment for a spring beauty change. Karissa Schaudt, colorist at Maxine Salon in Chicago, says rouge shades are inspired by The Queen's Gambit's Anya Taylor Joy, and that these will stick around. Bustle also spoke with Matrix celebrity colorist George Papanikolas earlier this year who predicted coppery ginger tones to trend throughout 2021. If you've been thinking of switching up your own 'do, you may want to consider joining the ginger club.