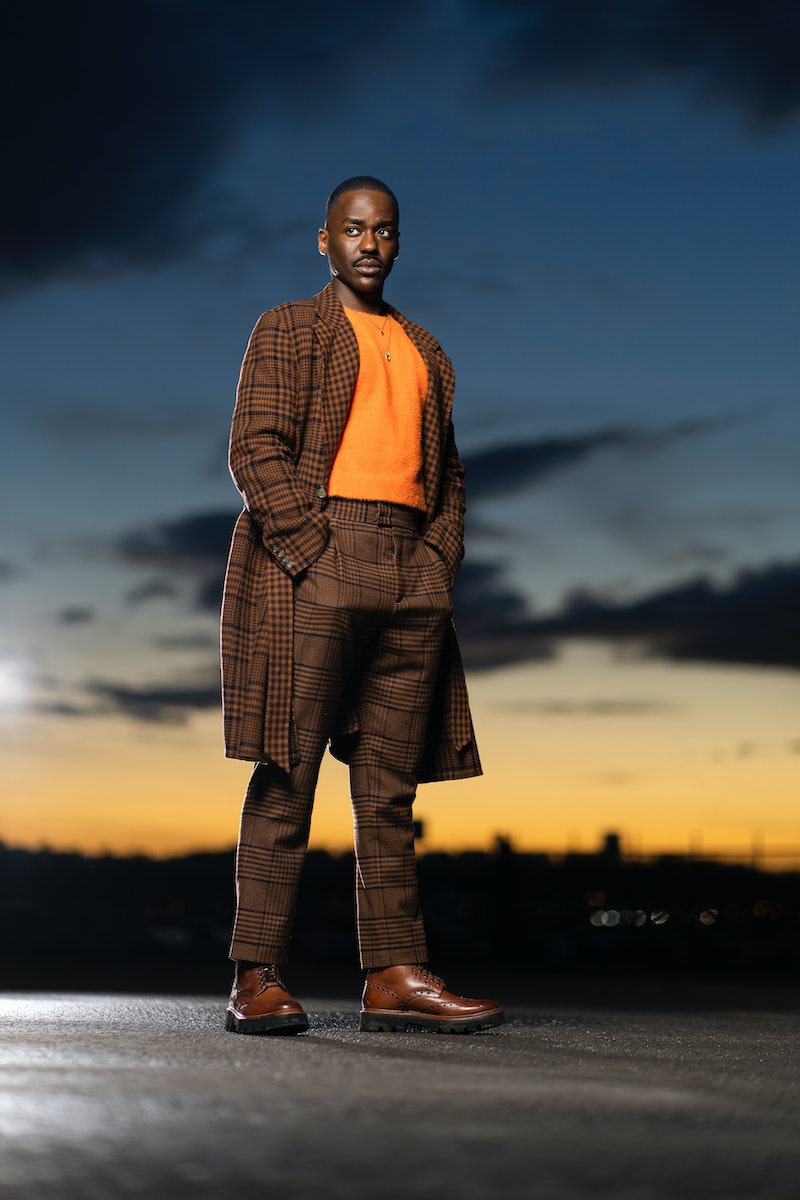 Those waiting to see Ncuti Gatwa’s turn as the Fifteenth Doctor have a long wait ahead of them, with his first appearance not airing until 2023’s festive period. However, the BBC has given fans of the sci-fi staple an early Christmas present by showcasing Gatwa’s official outfit as the new Doctor.

Unlike Jodie Whittaker’s blue culottes and suspenders combo, the Sex Education star is rocking a smart casual look with a tweed brown and orange checkered suit jacket and pants paired with brogue boots and a vivid orange shirt. Looking very sophisticated and ready for adventure, Gatwa and Millie Gibson, who plays the Doctor’s new companion Ruby Sunday, giving fans a closer look at their outfits in a video shared on Twitter.

When filming Gatwa, Gibson zooms in on the actor’s hands to highlight his jewellery. Wearing two rings on his left hand and three on his right, Gatwa refers to them as his “sonic rings,” which has led some fans to speculate that these may be replacing the iconic sonic screwdriver in some capacity. The actor also shows off some nail art, which he refers to as “Gallifreyan nail tattoos” in reference to the Doctor’s home planet Gallifrey and its native language.

As noted by Digital Spy, fans have been anxious and excited to see these outfits since October, when the official Doctor Who magazine confirmed that Gatwa and Gibson had attended their first costume fitting. Filming for the series began this December, with both actors ready and raring to go.

Gatwa is especially proud to be portraying the Doctor as a Rwandan immigrant, as he explained during an event in October. “[The role] is so deep in British culture and the fabric of Britishness that as a Rwandan immigrant to the country, it just feels really powerful,” he said. “[Doctor Who] matters for people of colour, for marginalised people who really gravitate towards the show because it’s about friendship and it’s about adventure and it’s about union and unity.”