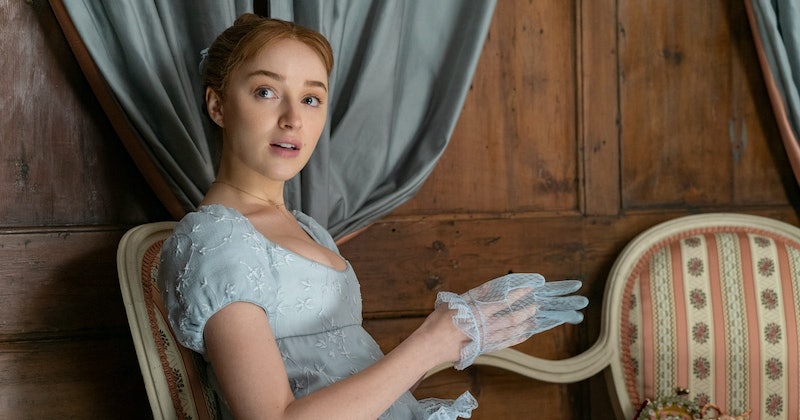 When Netflix’s Bridgerton debuted on Christmas Day 2020, the period drama quickly became a pop culture phenomenon. Based on the novels by Julia Quinn, the series earned critical acclaim, became the platform’s most-watched series of all time (prior to being surpassed by Squid Game later in 2021), and picked up 12 Emmy Award nominations, including a win for Outstanding Period And/Or Character Hairstyling.

For fans of the period drama, the show’s accolade in this particular category came as no surprise, as some of the Bridgerton hairstyles have gone on to capture the imagination of viewers following the show’s debut. Daphne Bridgerton’s baby bangs being a particular favourite.

“Anyone else obsessed w daphne bridgerton’s baby bangs???? bc holy cow they bring me life,” one fan wrote previously. However, Daphne’s signature hair has also divided opinions on social media. “with daphne bridgerton's bangs you either love or hate it there's no in-between,” another viewer commented.

Either way, Bridgerton fans have been scrambling to recreate Phoebe Dynevor’s onscreen look, and if you’d like to get in on the action, you can discover how to recreate Daphne Bridgerton’s Regency-era hairstyle below with some of the very best TikTok tutorials currently out there.