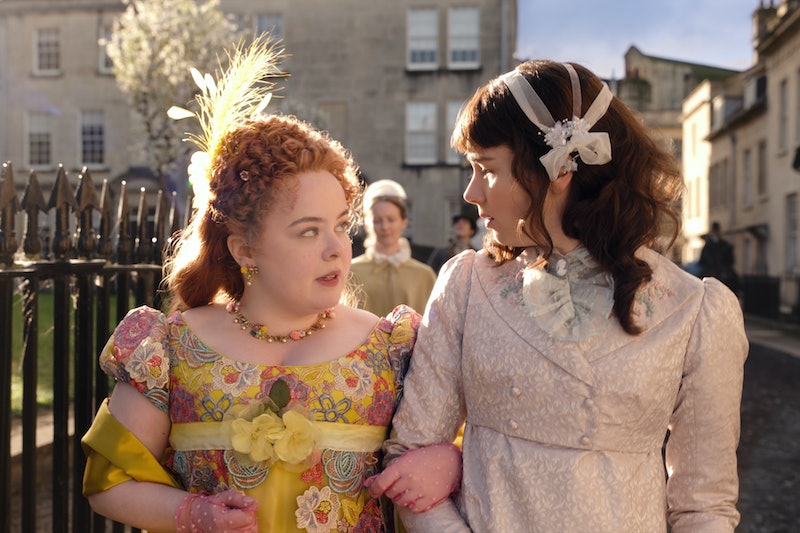 It’s official: Bridgerton is no longer Netflix’s most popular series. The Regency era-set drama based on Julia Quinn’s novels has been overtaken by a new kid on the block: Squid Game. The dystopian drama from South Korea has, according to the streaming giant, been watched by 111 million fans around the world since it debuted on the streaming platform less than four weeks ago.

Bridgerton, by comparison, reached 82 million households during its debut. While still a huge audience, it is 30 million shy of Squid Game. Netflix counts a view as “anyone who’s watched two minutes of an episode,” per the BBC.

Sharing another impressive stat about Squid Game, Netflix said the show also topped charts in over 80 countries. The streaming giant isn’t in the habit of sharing viewership numbers — unless they are significant — and Squid Game has definitely been huge for them (and us, too).

The thriller-horror drama is about 456 people who are living in abject poverty for various reasons — they might be refugees, or have mounting medical bills, or have committed a white-collar crime. They are smuggled to a remote island and given a choice: If they can beat six rounds of childhood games, they can win 45.6 billion won (about $38 million). While it sounds like the opportunity of a lifetime, it also costs many their lives.

As Deadline explained, the series’ momentum speaks to a growing interest in non-English language content among viewers; see French show Lupin, which is the third most-watched series on Netflix. The world’s most popular streaming platform announced plans in February to spend $500 million in 2021 on series and films produced in South Korea, as reported by Agence France-Presse, via the Guardian.

Bridgerton fans don’t have to worry, though, because even if it is technically no longer the most popular show, it will still have a home on Netflix with Seasons 2 and 3 already in the pipeline.

More like this
Twitter Is Burning As Phoebe Dynevor Reveals Daphne’s 'Bridgerton' Exit
By Sophie McEvoy
'Bridgerton' S3 Will Show A *Very* Different Side To Kanthony
By Sam Ramsden
Helena Bonham Carter Doesn't Think 'The Crown' “Should Carry On"
By Sam Ramsden
Everything To Know About The 'Daisy Jones & The Six' TV Series
By Maxine Harrison and Brad Witter
Get The Very Best Of Bustle/UK
Sign up for Bustle UK's twice-weekly newsletter, featuring the latest must-watch TV, moving personal stories, and expert advice on the hottest viral buys.