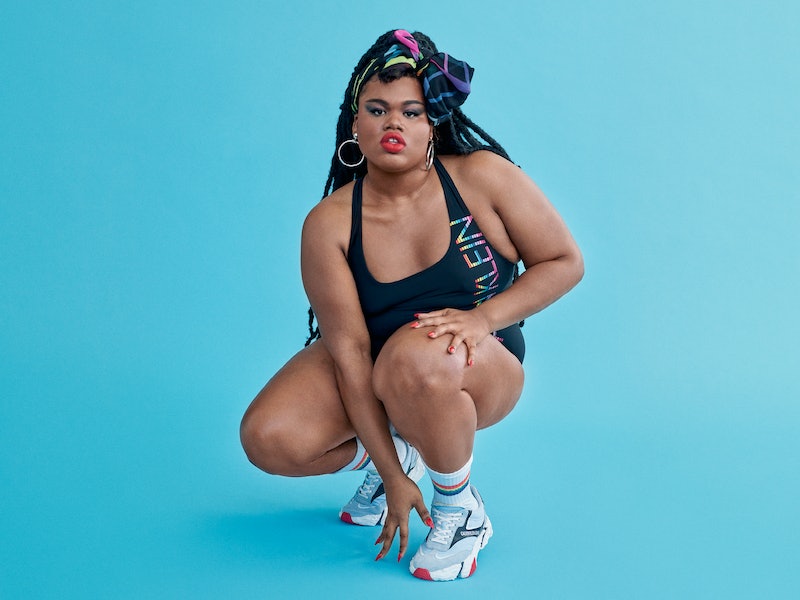 Jari Jones is one of the few Black transgender women to ever cover Calvin Klein's iconic NYC billboard, or fashion billboards period for that matter. She celebrated recently with a bottle of champagne, flanked by friends holding signs that read "Black Trans Lives Matter."

“In that moment, so many flashes of history went through my brain,” Jones tells Bustle. “The fact that somebody like me — a trans woman, a Black woman, a plus-sized woman — is being celebrated at such a high caliber, it brings me back to the people who fought for me to get there. So often, when these accomplishments are made, people are like, ‘You did this all by yourself.’ No, I’m the result of a whole bunch of communities that have made it possible for me to continue the lineage of activism and representation.”

Jones' inclusion in a campaign highlighting unapologetic authenticity is a noticeable shift for a brand that — like many others in the industry — once leaned toward a narrow beauty standard.

A viral meme showcasing Jones’ 2020 billboard next to a 2009 Calvin Klein advertisement put the brand’s evolution in clear, stark terms: At last, the times are, indeed, changing.

“Once you start hiring trans folks and Black folks, you start to see how much that underrepresentation [exists] across the board,” Jones explains. “With Calvin Klein, they’ve started to show that they took that leap. It can no longer be just a ‘trend’ — it can become part of the foundation of your company. Calvin and so many other brands are starting to get that.”

The model-activist-actor says her experiences with the brand have suggested that its allyship isn’t performative in nature; it’s enduring and honest.

“Being on set and being part of the Calvin family so far, that is what they’re pushing for,” she shares. “They’re pushing toward this new representation, this new imagery of marginalized folks — especially Black trans women — being loved and celebrated publicly. It’s just stunning to me.”

The brand has also committed funds to onePULSE Foundation, the nonprofit established by the owner of the Pulse nightclub following the tragic June 2016 massacre in Orlando.

“I see it as a possibility model,” Jones explains. “I almost think the billboard is like looking into the future. We’re in the streets, we’re fighting, we’re protesting, we’re demanding, and it’s like, ‘What is the next move? What are we working toward?’ I feel like you’re fighting so hard and sometimes people aren’t listening, so you need that light, that beacon of hope, or that imagery of the world we want. Through fashion and media, we get to see that.”

And for Jones, it's personal. Decades ago, her grandfather was a pioneer in the modeling world. Today, she’s building upon that legacy.