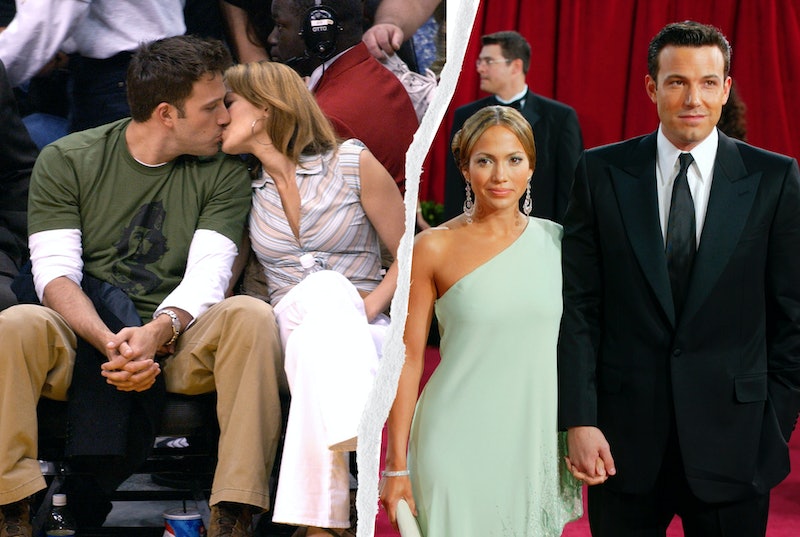 After Jennifer Lopez posted a photo kissing Ben Affleck on Instagram in celebration of her 52ndbirthday, the world got its confirmation that the former lovers had, in fact, been reunited. Bennifer first came to be in July 2002, after the pair filmed Gigli together. Their partnership initially turned out to be a whirlwind romance, with the couple getting engaged in November 2002, postponing their September 2003 wedding, and officially calling it quits in January 2004. Since their slit, they’ve both married, had children, and divorced from their partners.

20 years later, however, it seems that the romantic pair are back at it. And it’s given everyone a reason to reminisce about the stylish couple they once were … and are today.

With a relationship that spanned the early 2000s, caught by the paparazzi everywhere from the red carpet to a basketball game, Bennifer certainly showed off many of the most stylish fashion trends from the 2000s throughout their relationship. Ahead, find the best Bennifer looks from the 2000s that you still want to wear.