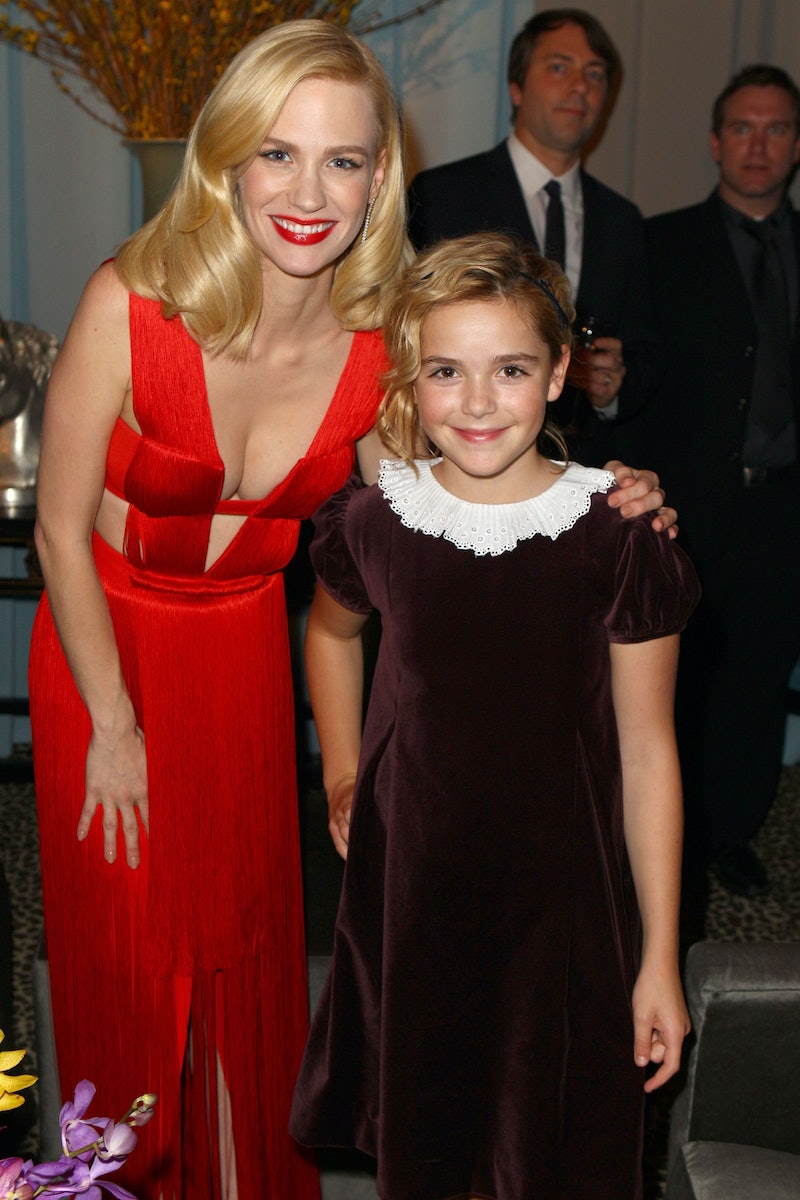 Some time has passed since Mad Men has been on the air, but that doesn't mean fans haven't been able to enjoy the lasting friendship of two of the show's stars. In a cute turn of events, actors (and IRL BFFs) January Jones and Kiernan Shipka recreated their 2011 Golden Globes looks for a virtual reunion.

In honor of the 2021 Golden Globes, Jones took to Instagram to show herself wearing the same red Versace gown with cut-outs and a plunging neckline that she donned for the 2011 ceremony. In her caption, she jokingly wrote, "10 yrs later and it still, (sorta), fits." A few hours later, Shipka, who played Jones' daughter Sally Draper on Mad Men, decided to join in on the challenge.

"Hey January Jones, I heard we're putting on our Golden Globes looks from 10 years ago," Shipka wrote on her Instagram. After posting the photo of Jones and herself from the 2011 red carpet, she put Jones' Versace dress selfie, followed by a picture of herself wearing her own 2011 Golden Globes gown. Shipka's dress, however, reflects her age of the original event: It has a white Peter Pan collar, a deep burgundy velvet fabric, and a short-sleeved silhouette.

The actresses both appeared to have a good laugh at the throwback moment. Jones commented on Shipka's post, "Omg I commented before I scrolled. Yaaaasss! I believe this is called upcycling now," and Shipka wrote on Jones' original post, "omfg yes."

Jones is certainly right: This is one hell of an upcycle for the former mother and daughter pair.