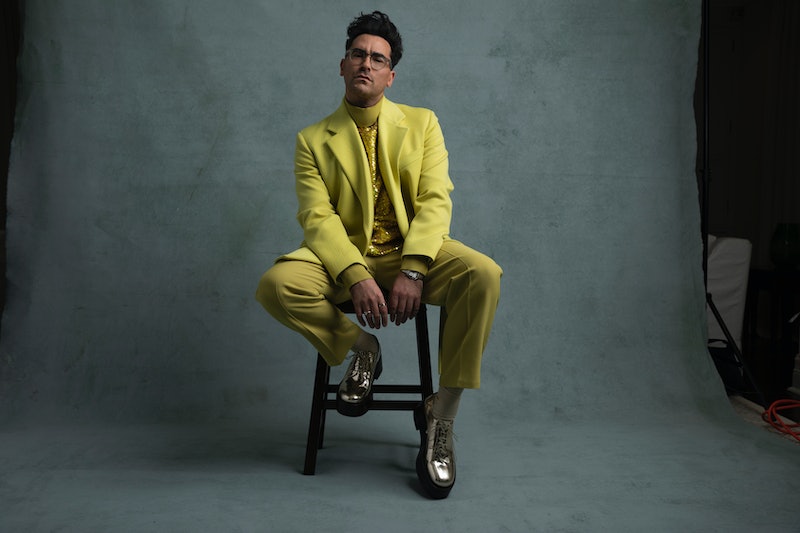 The 2021 Golden Globes red carpet delivered some major style moments, from Cynthia Erivo’s bright green ensemble to Margot Robbie’s black and white dress that got everyone talking. The reaction to Emma Corrin’s custom Miu Miu look was particularly noteworthy, with social media buzzing about how she was able to pull off such a bold sartorial choice. But that's just the beginning.

For this year’s Globes, many fashion insiders predicted a mix of high and low. On the one hand, everyone has been cooped up indoors for a year, so people are largely ready to get dressed up for literally any occasion. On the other hand, the awards took place virtually without the traditional red carpet trappings or huge crowds, so others are perfectly fine with keeping their fashion casual and relaxed.

Kinda-glam-but-kinda-chill pretty much sums up this year’s roster of Globes ensembles, as many celebs attempted to strike that balance between crafting memorable looks and staying low-key.

Spring was certainly on everyone’s mind, with eye-catching, vibrant hues — from coral to aquamarine — stealing the show. Pattern and texture were other elements that delivered some playful experimentation, whether it was Andra Day’s crochet dress or Elle Fanning’s silky mermaid-esque look.

While there was no shortage of striking shades, a few celebs opted for classic, can’t-go-wrong black and white, including Robbie and Josh O’Connor. Their looks were decidedly minimal and understated, once again proving that less really is sometimes more.

Ahead, check out all of the Golden Globes style moments that you’ll definitely want to copy, especially as the weather warms up and everyone can (hopefully!) start to go outside.