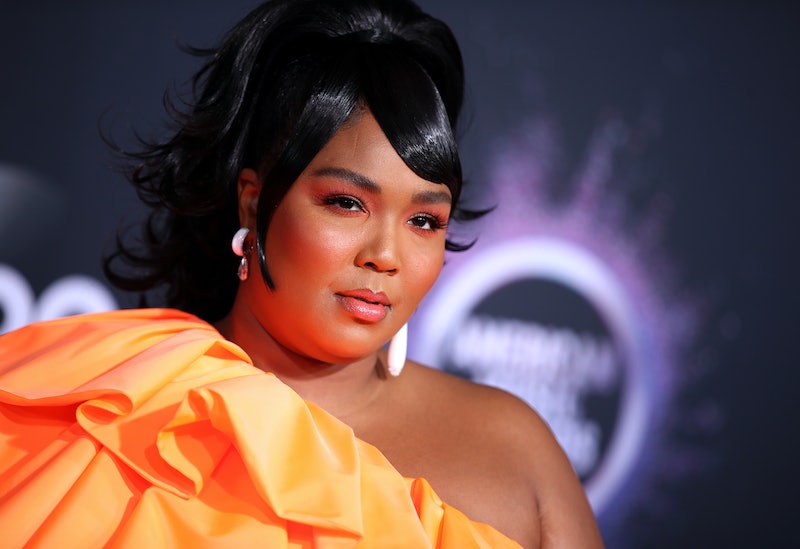 Lizzo is casting her vote in one of the most important elections of her lifetime — and doing it in style. On Wednesday, Oct. 28, she posted a video on social media, strutting up to the ballot box in quite the patriotic look. For the special occasion, the "Good As Hell" singer chose an American-flag bustier, white denim shorts, a sparkly mask, and sparkling combat boots to match. Alongside the visual of Lizzo's vote outfit, she wrote: “I VOTED. This is my 3rd time voting in my whole life,” adding, “Let’s get our vote in so we can get back to the good fight for true liberty and justice for ALL.”

It seems to be the same bustier that Lizzo wore a few weeks ago in another photoshoot to promote voting in the election, in which she dressed up like Uncle Sam, pointing to the camera and saying “YOU have the power to VOTE!” Her Swarovski crystal-covered shoes are from a collaboration with Jimmy Choo and Timberland, retailing for a cool $5,500.

This isn't Lizzo's first time dressing up to encourage voting. She also wore a custom mini dress by Christian Siriano to the BBMAs that featured the word "Vote" written in bold, white letters.

No matter the outfit, Lizzo's message remains the same: it’s important to cast your vote on or before Tuesday, Nov. 3. Though the time is up to safely rely on mail-in ballots, that doesn’t mean that your only option is to show up in person. There are ballot drop boxes that have been placed around cities and towns throughout the country, just like the one Lizzo used.